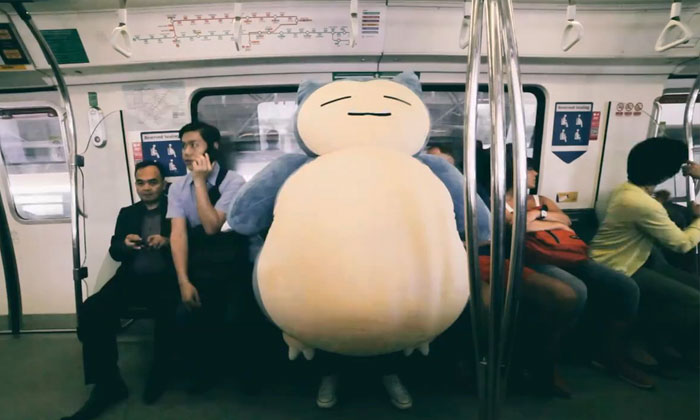 If you are Pokemon player, you'd probably be familiar with the virtual creature Snorlax.

For those who don't know, Snorlaxes are rare Pokemon in the game that are characterised by its huge size and sleepy appearance.

Despite its build, Snorlax can fit into litte Pokeballs in the world of Pokemon.

In real life however, things are a little different.

The humongous plushie was a prize awarded to Janet Tan who won Changi Airport's “Who wants to take me home?” contest.

Instead of delivering the enormous Snorlax with a transport vehicle like most people would, the hardworking people at Changi Airport decided to utilise the MRT, public bus, as well as a taxi.

The video of the delivery attempt has gone viral since it was posted on Dec 9. It has garnered more than 34,000 shares and 2.4 million views since it was published. The video was so well received that it was even featured on famous humour site 9gag.

Have a look at how Changi Airport delivered the Snorlax in the video below.