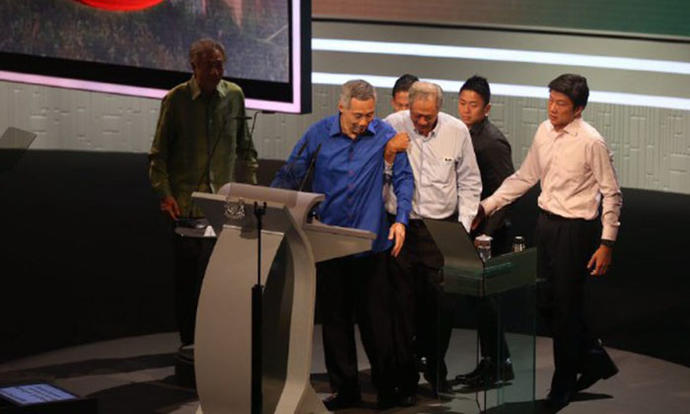 Prime Minister Lee Hsien Loong will be going on medical leave until Aug 29 after he took ill during the National Day Rally on Au 21.

According to a statement from the Prime Minister's Office (PMO), it was due to prolongued standing, exhaustion and dehydration.

"Prime Minister Lee Hsien Loong underwent a series of checks at Singapore General Hospital last night and this morning. The Prime Minister had taken ill during the National Day Rally due to a temporary drop in blood pressure, due to prolonged standing, exhaustion, and dehydration."

During the live broadcast by the Prime Minister's Office, viewers were shocked when PM Lee looked like he was about to faint halfway through speaking at the rally.

"Doctors have confirmed there were no cardiac abnormalities and no stroke.

"On the advice of doctors, the Prime Minister will be on medical leave and will resume his duties on Monday 29 August 2016.