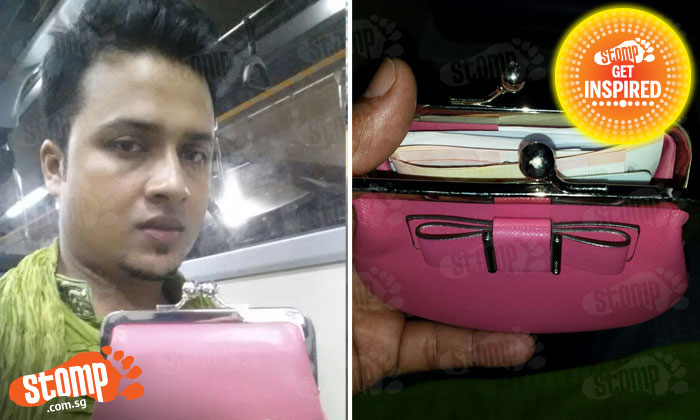 Stomper Habib came across a pink wallet while walking to a bus stop from Toa Payoh MRT station on Tuesday (July 6).

Instead of just leaving it for someone else to deal with, the Stomper picked up the wallet and went through the trouble of finding the owner.

"I found out the woman's employer from her work pass and then searched Google for the number.

"I then gave her workplace my name and phone number and told them to inform the woman that I had found her wallet.

"Her husband called me later and we arranged to meet at Eunos to return the wallet."

The woman was grateful and told Stomp over the phone that Habib was a very kind person to return her wallet.

"I did not even realise that I had lost it until he tried to get in contact with me."

This is not the first time that Habib has displayed his kindness and honesty.

In April, he responded to an appeal on Stomp to locate another Stomper's priceless gold chain.