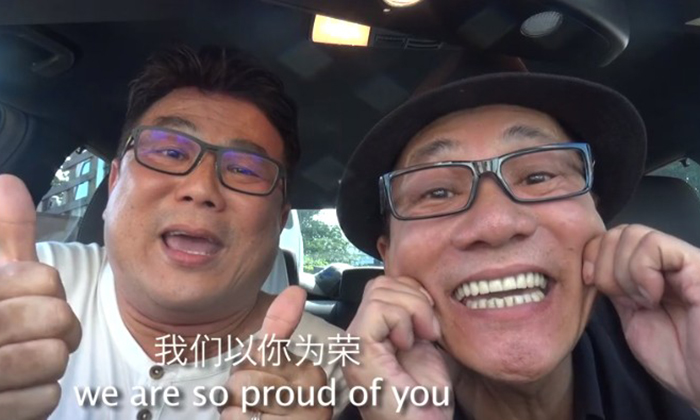 Local artiste Jack Neo posted a video of himself in the car with Getai veteran Wang Lei on Aug 13.

He dedicates the tune of 'We are Singapore', with self-composed lyrics, to Schooling.

The 21-year-old made history after smashing the current Olympic record and clocked a swim time of  50.39 at the Men's 100m Butterfly. He also beat the legendary Michael Phelps, who has won 22 Olympic gold medals at time of reporting.

In the clip, Jack Neo says he never expected Singapore to get a gold medal, to which Wang Lei quips:

"After waiting for few decades we finally got one!"

"We have been dreaming, thinking it's impossible but you did it!" Jack Neo said. "We must thank swimmer Joseph Schooling."

The duo sings that they are 'very proud' of Schooling.