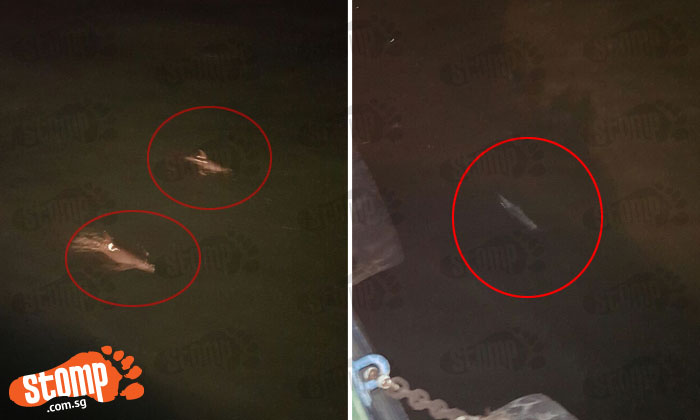 Six to seven dolphins were spotted swimming and having a splashing good time in Singapore -- and no, they weren't from Sentosa.

Stomper Karthik was out on his shift at the Singapore Eastern Anchorage area at around 1 - 2am on Sunday (Nov 6) when he spotted dolphins swimming in the sea.

According to Karthik, he spotted the dolphins 20 minutes through his ship ride from Marina South Pier.

"The videos and photos aren't very clear as it was really late at night, but I could clearly see six to seven dolphins swimming and splashing around from the ship.

"This was definitely an interesting experience because I've previously heard people saying that there aren't any dolphins in Singapore except for the man-made areas like Sentosa.

"I have been in the marine line for eight years, but this is the first time I'm seeing something like that.

"I think they may have appeared as the waters were pretty calm on Sunday."

Hopefully we too get to see this shy creatures in the day soon!