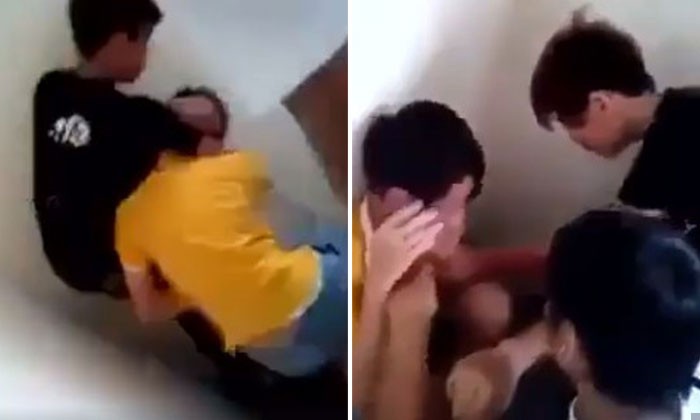 A video circulating on Facebook shows a young boy getting assaulted by three youths at a staircase landing.

The one-and-a-half minute long video first shows the victim getting confronted by his assailants. One of them who was clad in a black T-shirt can be seen smiling at the camera before punching the boy in his stomach and slapping his face.

The same youth proceeded to headlock the boy and pulled him to the wall.

Another attacker wearing a white T-shirt then kicked the boy as he sat on the floor.

The victim was shouted at by the bullies throughout the ordeal.

Around the one minute mark, the assailant a white T-shirt hit the boy on his arm and rained multiple kicks on him.

The boy was then headlocked once more by the youth in black at the end of the video.

It is unclear where the incident took place and what happened after the assault.

The video has garnered more than 19,000 shares since it was posted by netizen Willaim Ooi on Oct 20.