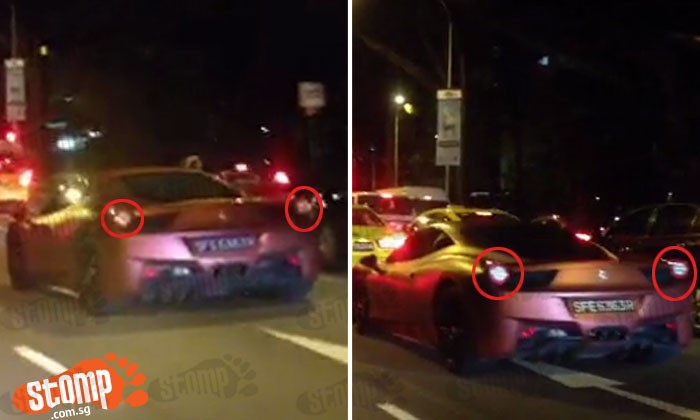 Stomper Paul was driving on Nov 23 along Orchard Boulevard at 8.03pm and could barely spotted a Ferrari with the licence plate number SFE6363R due to it's brake lights being turned off, its tinted windows and its framework.

Paul shared with us a video that he had recorded of the Ferrari.

According to the Stomper, he could hardly see the car, especially since the car's framework is not glossy but matte.

He also said, "The car had headlamps on but it was not switched on.

"However, if you look towards the end of the video, you can see that the lights only turned on, when he stepped on the brakes.

"But, cars are supposed to always have their brake lights on."

Paul also mentioned how he was concern over the driver's vision of the road as the car's tinted windows was excessive.