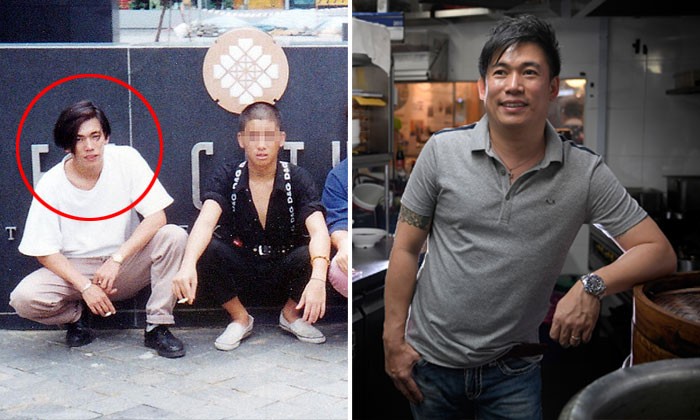 Just over a decade ago, Mr Jabez Tan was a prisoner in Changi whose job was to prepare meals for inmates on death row.

Each time one of them was due to hang in a few days, the warden would alert him.

Mr Tan would take extra care in preparing their meals.

"I'd always pray for their souls," he says.

The stint, he adds, was a major turning point in his life which, up until then, he had frittered away on lawlessness, drugs and triad activities. Then only 30, he had been imprisoned three times and spent nearly 15 years behind bars for drug offences.

"I was filled with a lot of thoughts. I told myself that if I messed up one more time, I might be the one sitting in there and someone else would be cooking for me."

Now 42, Mr Tan has more than turned his life around.

Today, he is the founder of Soon Huat, a social enterprise which employs former offenders and gives them a fresh start in life. He has five outlets serving bak kut teh and other dishes in Singapore; more than half of the 40 staff members he employs have done time in prison.

Boyishly handsome, he is the elder of two sons of a couple who ran a video business.

Because they had their hands full trying to build their business, his parents entrusted him to the care of his paternal grandparents who ran a provision shop in Bukit Ho Swee.

The area had its fair share of unsavoury denizens, including druggies and triad members.

Books did not interest him; the former pupil of Bukit Ho Swee Primary preferred to run wild and free in the neighbourhood and beyond.

"I only passed Primary 1; I failed all the other years. I was put in the Monolingual stream and was supposed to go to VITB (Vocational and Industrial Training Board) after finishing Primary 8," he says.

But he did not even do that.

In Primary 6, he joined a gang after he was roughed up by several teens.

"I had a fight with my classmate. He called three of his older friends who took me to a void deck. Two of them held me and one punched me until I was blue and black in the chest," he says.

By then, he was already frequenting roller-skating rinks in Orchard Road where he met many gang members. They asked him to join them, promising protection.

That marked the beginning of a reckless life.

He started smoking, sniffing glue, running away from home, stealing, extorting from others, eventually dropping out of school.

When he was 14, he stole money from someone's home.

When his parents found out, his father took him to the police station. He was sent to Bukit Batok Boys' Hostel - a home for young offenders - for a year.

"My parents didn't know how to handle me. They thought that by sending me to the home, I'd become better. They didn't know I would become worse," says Mr Tan. "I used to blame them but I know now that they were doing it for my own good."

There were different factions in the boys' home and fights took place frequently.

"You needed to be more violent and garang than others to survive," he says, using the Malay word for fierce or aggressive.

His involvement with gangs became deeper when he was released. By the time he was 16, the glue sniffer was also popping pills and taking marijuana with abandon.

In the early 1990s, he was caught after he broke into a Chinatown coffee shop to steal cash and alcohol. While waiting to be sentenced, he robbed a woman at knifepoint.

For the two offences, he was given a one-year jail term at the old Changi Prison.

Fear there was none but pride, yes. "I felt saat," he says using the Hokkien term for solid. "It was not just any RTC (Reformative Training Centre) I was going to but the big one, Changi. I felt like a somebody."

Shaking his head, he adds with a sigh: "Youth sometimes makes you stupid."

After completing his national service, he joined a motorcycle gang called the Mighty Warriors.

On weekends, nearly 100 of them would take to the roads, spoiling for trouble. They would go after smaller gangs, many of which would abandon their bikes to avoid being beaten up.

The Mighty Warriors would thrash the abandoned bikes with hammers and other equipment.

The psychoactive drug Ecstasy had by then made its appearance in Singapore and Mr Tan became so addicted to it that he sometimes popped as many as 20 pills a day.

"If you asked me to take one now, I'd probably go mad and if I took five, I'd probably die. But my system was so conditioned then, it was like taking rice."

To afford the habit, he started trafficking in drugs. When one of his friends was arrested by the police, he led them to Mr Tan, who was caught with about 400 pills in Geylang.

He was sentenced to seven years and seven months, with 12 strokes of the rotan. This time around, the incarceration at Tanah Merah Prison sobered him.

"Traffickers needed to serve at least one-third of their sentence before they could even think of working or studying in the prison. That meant I had to spend 15 months in a small cell with two other people. We were allowed only one hour of yard time a day, the rest was spent in the cell. It was tough," he says.

He started attending religious counselling sessions and found faith, and decided he could not waste his time in prison.

"At that time, I could not speak or read English. I could only manage simple children's comics like Doraemon and Old Master Q in Chinese. I felt that in Singapore, if I didn't know English, I would not be able to survive," says Mr Tan, who now has a competent command of the language.

Because he only passed Primary 1, he could only qualify for Basic Education Skills Training (Best) courses which required a one-year wait because they were not conducted every year.

So determined was he to become literate that he applied for leave to engage in self-study.

Each day, he jotted down 10 English words in a notebook he still possesses. "I literally started with nose, mouth and chair. Initially, my friends helped me but soon they were running away when they saw me."

Besides Best, he completed a couple of Worker Improvement through Secondary Education (Wise) modules and his N levels during his remaining time in prison.

Released in April 2002, he resolved to go on the straight and narrow, even enrolling as a student at the private St Francis Methodist School for his O-level studies.

"I was 27 but I had to wear a school uniform and a tie. I really wanted to change," he says.

But barely six months later, he went back to his friends and to newer drugs like Ice and ketamine, or K.

"When I took K, I'd wake up with a nosebleed every morning. I can't explain why I kept doing it, I guess I just wanted that 'feeling'," he says, referring to the hallucinations and trance-like state the drug induces.

Not long after, he was nabbed when he went for a mandatory urine test.

Back into prison he went, this time for four years.

He spent a lot of time reflecting on his life.

"I thought I had found my faith but why did I fail again? I realised I was overconfident and did not have a support group," he says.

The first thing he did was to renounce his gang.

"It's very important. By renouncing your gang, you're taking away your pride," he says.

Because he always had an interest in cooking, he applied to work in the kitchen. But instead of being a cook, he was made to wash dishes, for nine months.

Only after that was he given a gig to cook for inmates who opted for non-spicy meals. To get ideas, he would read recipe books his mother passed him on her visits.

Word soon got around that his cooking was far better than the standard fare. Many more inmates opted for his non-spicy menu.

When a vacancy opened up, the prison made him a cook for inmates on death row.

Among those for whom he prepared last meals was Took Leng How, the vegetable packer who was hanged for murdering eight-year- old Huang Na in 2004.

"He had a lot of requests, and kept changing his mind. I did my best for him," he says.

To make sure he stayed out of trouble after his release, he checked into a Christian halfway house. After six months, he became a staff member there and stayed for seven years, during which he studied theology, got himself a diploma in counselling and became a house master. He also snagged himself a wife when he married his colleague Joy, with whom he now has two sons, aged two and four.

In 2011, he opened his first Soon Huat outlet in Jalan Kayu, with his savings and a loan from his father.

From the outset, he wanted it to be a social enterprise to help former offenders, the marginalised and the elderly.

"Being an ex-offender myself, I understand the difficulties of finding a job."

There were naysayers who told him he was crazy to open a bak kut teh stall in Jalan Kayu, which was famous for halal roti prata eateries.

"The first few months were bad - we lost money. But then Lianhe Wanbao wrote a story about me, and the crowds just came," he says, referring to the Chinese evening daily.

In addition to blog reviews, there was good word of mouth about his hearty pork rib soup. The recipe is his own, and he has refined it over the years.

There is also a franchised outlet in Jakarta, and Chinese investors are in talks with him to open Soon Huat eateries in Shanghai too.

Running a social enterprise is challenging, he says.

"Besides manpower problems, we also have to deal with ex-offenders who are not reliable or stable," he says.

Several went back to drugs, including one whom Mr Tan groomed to be an assistant manager, who also stole $6,000 from him last year.

He writes to those who end up behind bars again, telling them not to give up and that he would give them a second chance.

"Of course, I feel disappointed but I tell myself not to give up. I always remember the Starfish story, " he says, referring to the tale of a boy who throws starfish back into the ocean after they have been stranded on the beach by the tides. "Even if I save just one life, it's worth it."

Besides running Soon Huat, he does regular prison visits to counsel and encourage young inmates, and also gives talks about second chances and social entrepreneurship at events like TEDx Talks.

On his Facebook page, he has a post which sums up his life: "I regret nothing in my life, even if my past was full of hurt. I still look back and smile because it made me who I am today."