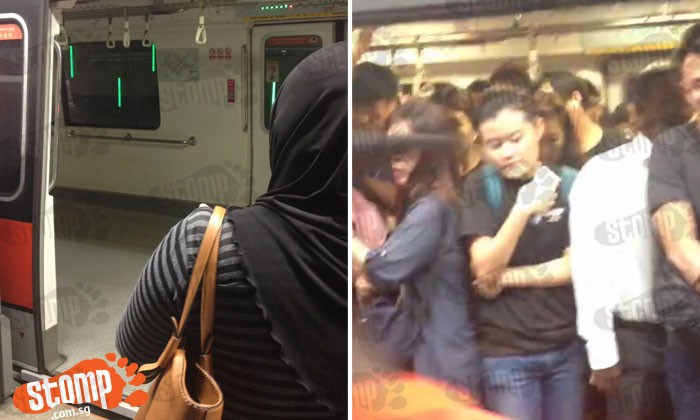 Zheng shared with us SMRT's live tweet on the matter explaining that it was due to a signal fault.

They were only referring to the train being stuck from Boon Lay towards Joo Koon however, Kate was affected too.

Kate was in a train towards Joo Koon when she was asked to leave the train at Dover as it was terminating in Clementi.

She said, "I was using my phone and I heard the announcement about the train terminating in Clementi.

"As the train reached Clementi, the lights in the train went off and all of the apps on my phone stopped working, leaving a black screen.

"I do not know if this was just a glitch on my phone but as I alight from the train and gathered among the rest, my phone was working again."

Kate mentioned how because there were too many people that when the next train came not many could get in and some left.

Watch the video below to witness how packed the train gets as commuters squeeze: