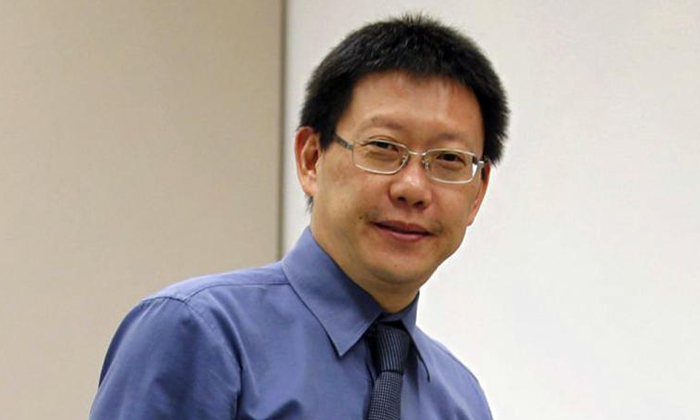 The head of ophthalmology at JurongHealth Campus is facing two charges, including one for allegedly committing a rash act, in relation to a road rage incident.

Lennard Harold Thean See Yin, 55, who is a senior consultant at Ng Teng Fong General Hospital (NTFGH) and Jurong Medical Centre, is also accused of one count of harassment.

According to court documents, he was driving his car along Queen Astrid Park near Holland Road at 8.37pm on March 18 when he allegedly alarmed another motorist, Mr Martin Lu Junwei, by continuously sounding the horn and following Mr Lu's car.

Ophthalmology is the field of medicine that deals with eye-related diseases.

The JurongHealth Campus website states that Thean was the clinical director of ophthalmology at the National University Hospital from 2002.

He joined JurongHealth Campus 12 years later, where he chairs the medical device committee and is also a member of the operating theatre committee.

The website also states that at the national level, Thean is part of the Ministry of Health's workgroup to review the evaluation and financing of screening and treatment modalities.

He is also part of the ministry's health technology advisory committee.

Besides these, he has published in international journals on ophthalmology and is a clinician scientist for the Institute of Bio-engineering and Nanotechnology at the Agency for Science, Technology and Research.

In a statement on Thursday, NTFGH said that it is aware that Thean is facing two charges before the court.

Its spokesman added: “We will await the judgment by the court before we decide on the necessary internal action in accordance with our staff policy.”

If convicted of committing a rash act, he can be jailed for up to six months and fined up to $2,500.

Offenders convicted of harassment can be jailed for up to six months and fined up to $5,000.