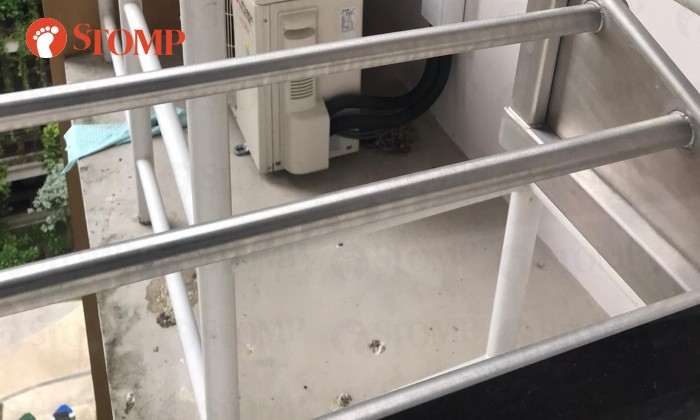 It is not possible to please everyone.

A Sengkang West resident is envious that other residents in her area have a bird netting installed at their block, but she does not.

And for good reason.

"I am the victim of pigeons soiling our air-con ledge," said Stomper Melissa, who has lived at Block 456B Sengkang West Road for more than two years.

"I climb out the window to clean the ledge regularly. However, there are stains under the air-con trunking I am unable to remove. 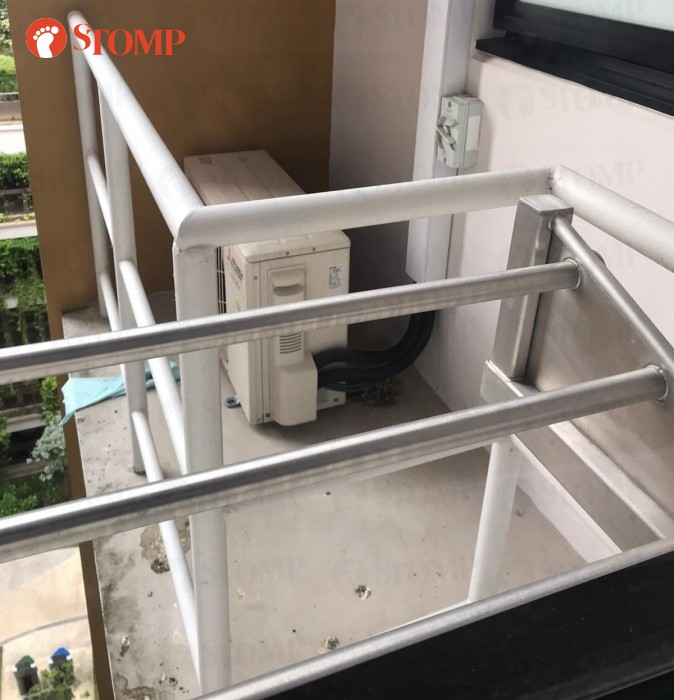 "The birds create a lot of mess and noise pollution in this neighbourhood. With no netting, what is there to stop the increasing pollution from the pigeons? How do we have a clean and healthy environment to live in?"

She said she had given feedback to the town council, HDB and her MP months ago.

"No netting installed. They are still looking for solutions."

Ironically, Stomp previously reported that a resident whose block in the same area does have the bird netting is not happy about it.

The Block 467A Fernvale Link resident said: "The birds are now changing spots to other parts of the exterior like the ledge outside the living room and bedroom.

"Also, with so much construction in the area, the net potentially traps dust and lots of it. How often will the net be cleaned? Can it be cleaned?"

In response to a Stomp query, the Ang Mo Kio Town Council (AMKTC) said: "The anti-bird netting at Block 467A Fernvale Link was installed as an additional feature alongside the Repairs and Redecoration (R&R) works.

"AMKTC had received feedback from many residents about pigeon roosting and accompanying hygiene concerns, and the decision to install anti-bird netting was only made after careful deliberation with the Residents’ Committee.

"AMKTC will take into consideration the needs of our residents during the next R&R works for Block 456B."

Meanwhile, the Stomper who resides at Block 456B lives in fear of the birds.

"The pigeons seem to be a lot in Sengkang West and are very daring," said the Stomper, who shared a photo of a pigeon perched on top of the residents' letterboxes.

"It is very scary to see them." 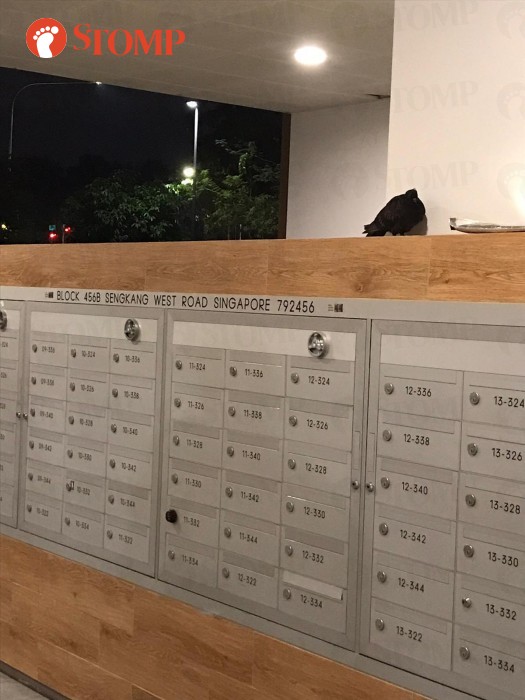