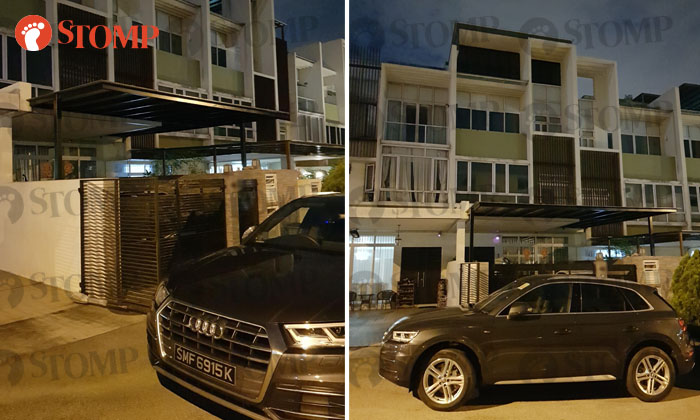 How would you feel if the entrance to your home was blocked for almost an hour because a car was parked in front of it?

That is exactly what happened to a Stomper and his father on Dec 22.

They arrived back outside their semi-detached house in Bukit Batok, only to find another car parked in front of their front gate at about 8.30pm.

When the Stomper went to look at the car blocking his house, he said there was a napkin with scribbles that looked like a phone number.

The Stomper said: "I tried reading the numbers, but could not make them out.

"I honked the horn of my car a few times, but no one responded,"

Then, after about 30 minutes of waiting at 9pm, the Stomper said his neighbour came home.

He told Stomp: "The car was blocking my house and the neighbour's house.

"At first, I assumed it was my neighbour's car, but when he saw the dilemma we were in and approached us, he clarified that it was not.

"My neighbour then went knocking from door to door along the road, asking residents who the car belonged to."

While waiting, the Stomper took photos of the car blocking both the houses. 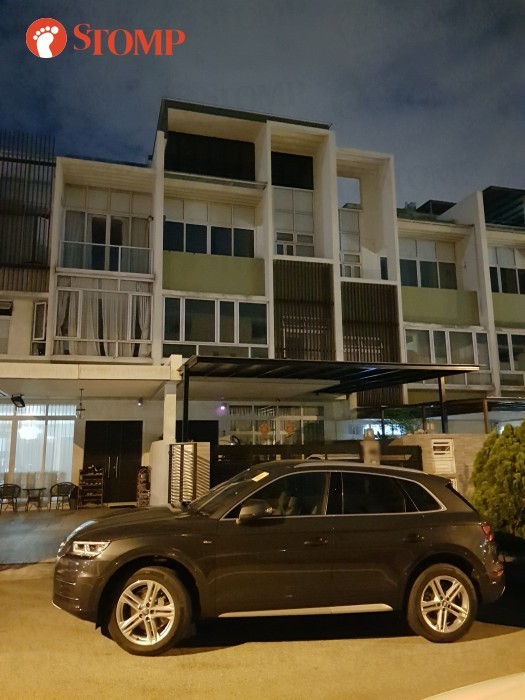 According to the Stomper, at about 9.18pm, a man and a woman approached the car from a house nearby.

He said: "The woman looked apologetic as she knew she had inconvenienced us. However, the man looked like he did not care.

"They got in the car and my father tried to stop them from leaving by blocking the car, but they forced their way through and my father had to step aside."

The Stomper took a video of the incident and sent it to Stomp.

In the video, the Stomper's father can be seen holding his hand out in front of the car driver, trying to stop him from leaving.

The driver then drives past the Stomper, who is filming the video, and his father.

The Stomper added that awhile later, when he was not home, the couple came by his house to apologise to his father about the inconvenience caused.

Related Stories
FB user says Audi driver parked in middle of road for 26 min and blocked 4 cars at Jurong East
Toyota Prius gets wheel clamped after squeezing into space between Merc and BMW
Range Rover driver, why park on kerb when there are so many other lots at Parkway Parade?
More About:
parking fails
inconsiderate
inconsiderate driver