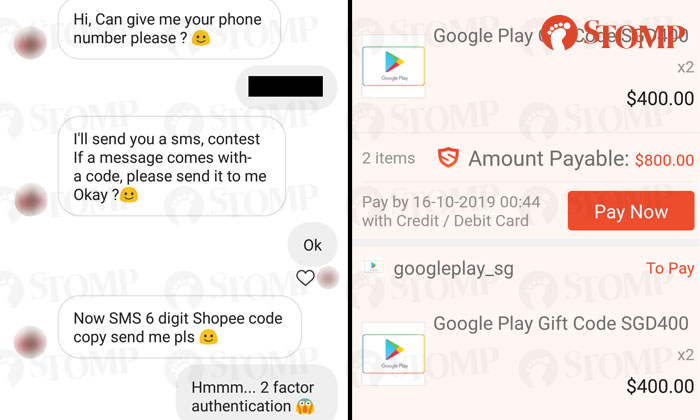 When Stomper Jack received a message from his friend M via Instagram asking him for his phone number, he thought nothing of it.

After giving her his number, he received a password verification code via SMS.

M subsequently asked him to give her the code before he got an SMS with another one.

Figuring something was off, he asked M what she had to do with Shopee.

When he prompted her with more questions on whether she worked there or if she was selling something she simply told him "don't worry". 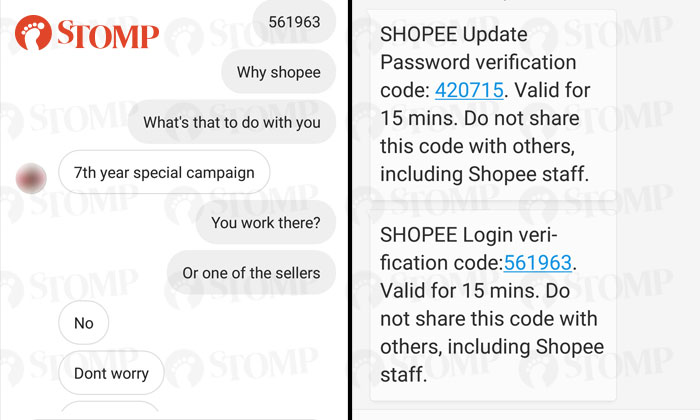 She then asked for a six-digit one-time password (OTP) linked to Jack's credit card number.

That was when he knew something was definitely wrong.

M's messages telling him it was "totally free" and "trust me" only raised his suspicions further.

"When my friend asked me for the credit card code, I knew it was not right," he said. 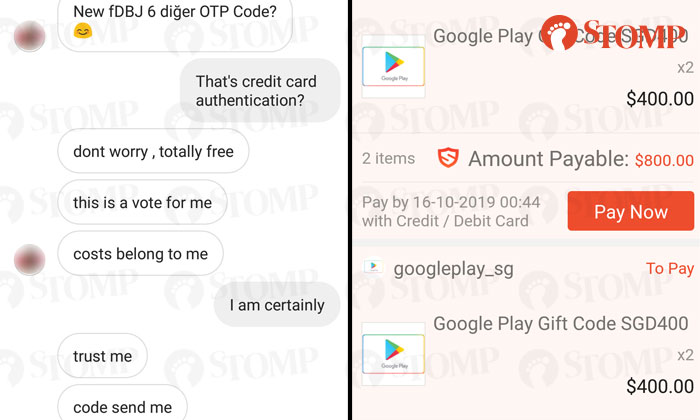 "I then saw two orders for Google Play gift cards for a total of $1,600 waiting for payment.

"Fortunately, I did not provide my UOB credit card code."

Jack told Stomp he has since reported the incident to Shopee and the police and that his friend has reported the fake account to Instagram.