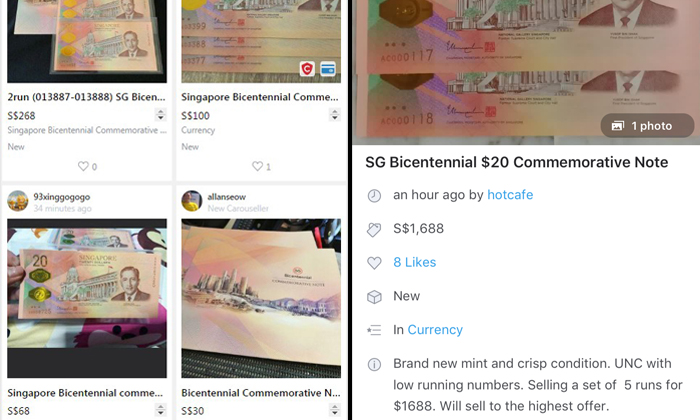 Singapore's new commemorative $20 note is out of stock at most bank branches -- but there's always Carousell if you desperately want one.

Two million pieces of the $20 note were made available for exchange at face value at the branches of nine major retail banks from Monday (June 10), and most were snapped up within the day.

In an earlier report, Stomper Note Collector shared how he was part of a long snaking queue at United Overseas Bank (UOB)'s Hougang MRT branch on Monday morning.

However, the notes went out of stock before the Stomper's turn and he ended up rushing to another bank, where he managed to get his hands on the much-coveted note.

But if you are not as lucky as Note Collector and badly want the notes, you can always turn to online marketplace Carousell.

A search shows the commemorative note going from $25 to as high as $444 each. 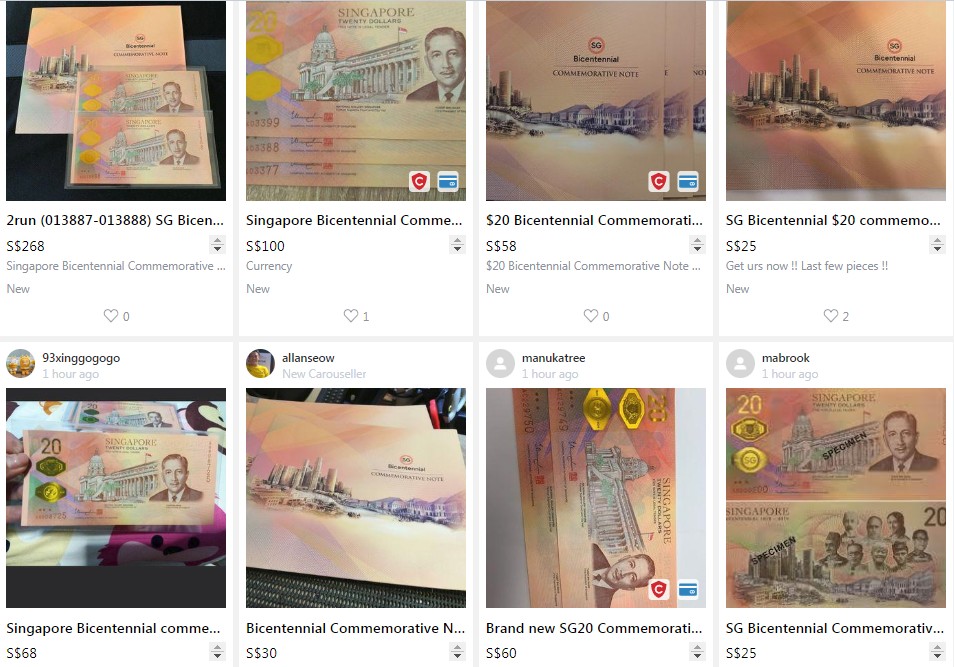 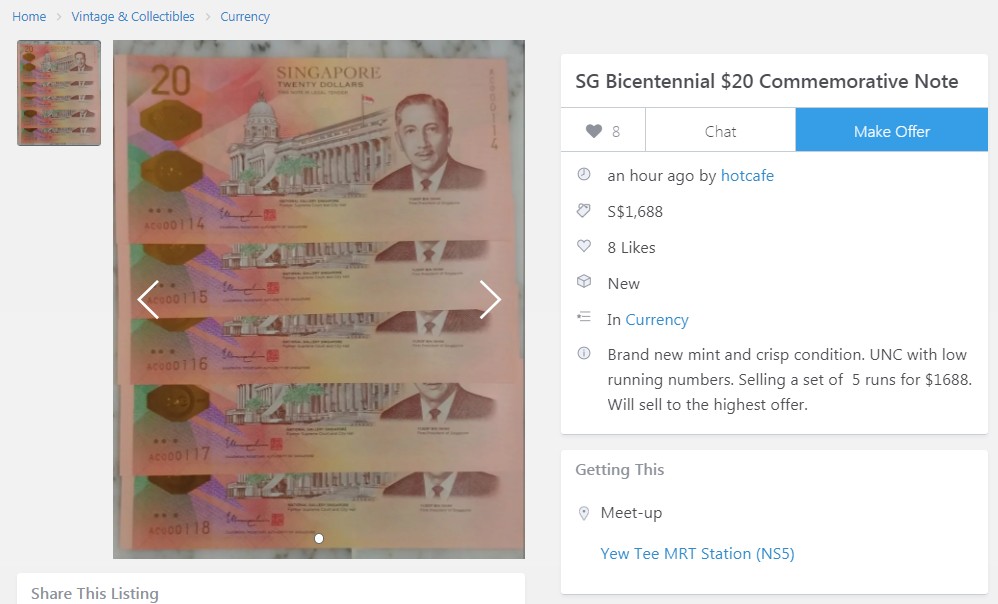 The note was launched by President Halimah Yacob on Wednesday (June 5) to commemorate Singapore's Bicentennial.

Each individual is allowed to exchange up to 20 pieces of the note per transaction.

Related Stories
Crowd queues for commemorative $20 note at bank in Hougang, upset after it goes out of stock
Couldn't get $6.90 My Melody holder from McDonald's? You can buy it from scalpers... at $48
Opportunists selling $269 limited edition NS50 watches for up to $2,699.99 online
More About:
queue
money
note
bank
Carousell