Crowd queues for commemorative $20 note at bank in Hougang, upset after it goes out of stock 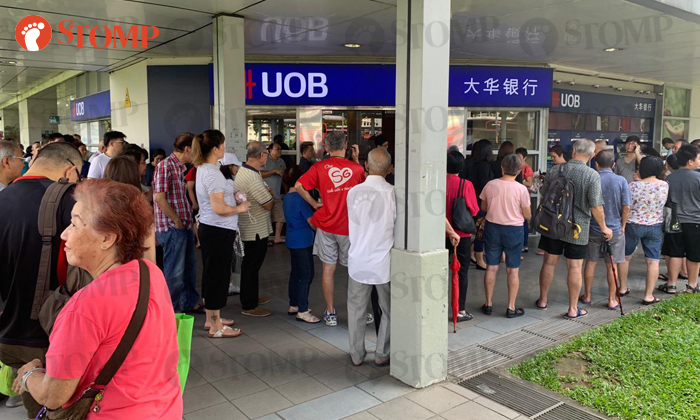 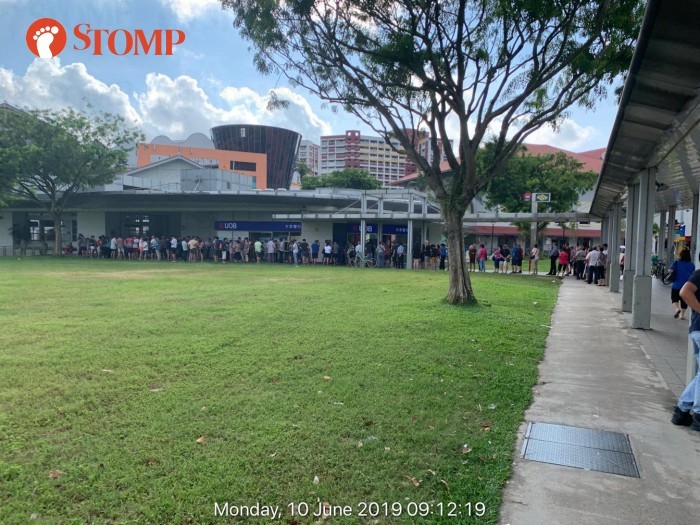 The note was launched by President Halimah Yacob on Wednesday (June 5) to commemorate Singapore’s Bicentennial.

Featuring our first president Yusof Ishak on its front and eight other pioneers on the back, the note pays tribute to forebears who laid the foundations for modern Singapore.

Two million pieces of the commemorative note were made available for public exchange at face value at the nine major retail banks in Singapore starting June 10, reported The Business Times.

According to the Monetary Authority of Singapore (MAS), each person is allowed to exchange up to 20 pieces of the note per transaction.

@MAS_sg has launched a $20 note to commemorate Singapore’s #Bicentennial. The note depicts #Singapore’s journey to #nationhood and pays tribute to our forebears who laid the foundations for modern Singapore. READ: https://t.co/fJahWbqxjh pic.twitter.com/z5Nm0kGV5v

Stomper Note Collector said he joined the queue at UOB's Hougang MRT branch at around 9am.

He told Stomp: "We were all given queue numbers.

"Some people were even showing off their notes and saying how they had gotten them from other banks before coming here. There were also a few who said they had started queueing from 6am.

"However, around an hour later at 10am, an employee came out to tell us that the notes had gone out of stock."

According to Note Collector, the crowd turned "aggressive", with people shouting and yelling.

"I didn't stay to find out what happened as I rushed to another bank to queue for the notes," added the Stomper, who collects old and special notes as a pastime.

"But you can't really blame people for getting upset either because they spent so long queueing for nothing, despite having queue numbers."

View more photos of the queue in the gallery.