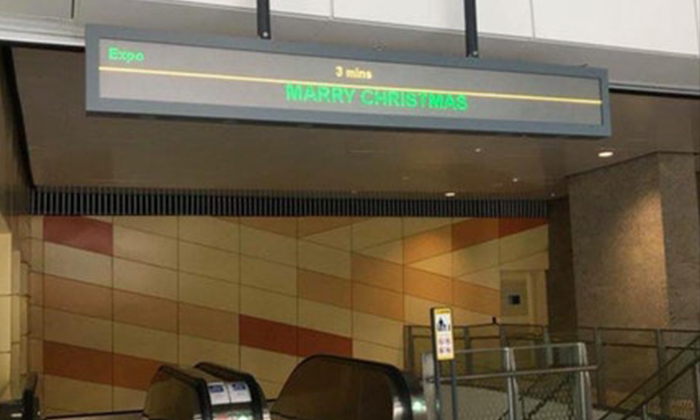 This spelling error at a station on the Downtown Line which went viral on social media has prompted an apology from SBS Transit.

The photo, which was initially posted on Reddit by user pesantkie, shows the erroneous greeting message at one of the transport operator's MRT stations.

SBS Transit wishes everyone a “Marry Christmas” from singapore