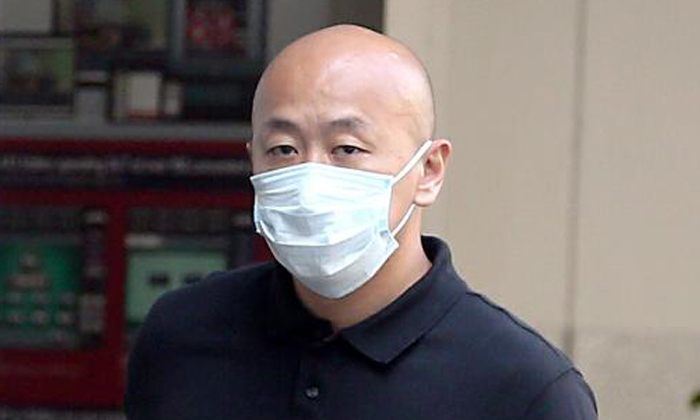 A man who was sentenced to three months' jail in 2019 for attempting to obtain commercial sex from a minor did not learn his lesson and committed similar offences after he was released from prison.

For his latest offences, renovation contractor Andy Kow Yong Wen, now 45, took a 16-year-old girl to a Holland Road property where she performed oral sex on him on March 18 last year.

The Singaporean man then promised to pass her between $50 and $100 the next day.

He later booked a room at a Beach Road hotel and sent the girl a text message, asking to meet her on March 19 that year.

His offences came to light when her mother saw the text message and confronted him over the phone. The court heard that in the end, he did not give any money to the girl.

On Tuesday (Dec 14), Kow was sentenced to 15 months' jail after he pleaded guilty to offences including offering cash to an underage girl in exchange for sexual services.

It is an offence in Singapore to obtain commercial sex from anyone below 18 years old. The girl cannot be named due to a gag order to protect her identity.

The girl, who was looking for sources of extra income at the time, contacted him for further details. She also told him that she was "16 years old, turning 17".

Deputy Public Prosecutor Hidayat Amir said: "The accused asked her as to what she was open to doing, to which the victim replied 'whatever'. The accused enquired if she had had 'sex' before and if she was 'open' to it.

"The victim said that she had not had 'sex' but was open to 'anything'. The accused asked her as to the amount of allowance she was expecting. She specified $50 (to) $100 at least. The accused acknowledged (this)."

On March 18 last year, Kow drove a car to a carpark in Newton to pick up the girl.

The DPP added: "The accused then drove them to someplace near the Botanic Gardens. During the journey, the accused held her hand and touched her inner thigh.

"After parking the car, the accused started to kiss her on the mouth and touched her (body). This lasted for around 10 minutes. The accused then told the victim that they could go to his employer's house and that he would pay the victim thereafter."

The court heard that the Holland Road property, in fact, belonged to a client and it was undergoing renovation work carried out by Kow's company.

The girl performed oral sex on him at the property.

Kow was driving the girl home when he said that he would book a hotel room to have sex with her the next day.

Before dropping her off, he told her that he would pass her the cash the next day.

Kow later sent the girl a message on messaging app Telegram, stating he had booked the hotel room.

Her mother, who spotted the message, confronted him before alerting her daughter's school.

On March 19 last year, the girl told her school counsellor what had happened the day before. The teenager then blocked Kow on Telegram.

Despite this, Kow used a different account and continued messaging the girl, asking her if they could be "friends with benefits" - a colloquial term for a friend with whom one has occasional sexual encounters.

Among other things, he also made several offers of giving her up to $400 a week.

DPP Hidayat told the court: "The accused set these messages on a self-destruct function - the messages would be auto-deleted after a pre-fixed duration set by the accused. The messages managed to be screenshot by the victim before their deletion."

Kow's bail was set at $30,000 on Tuesday and he was ordered to surrender himself at the State Courts on Feb 7 next year to begin serving his sentence.

Related Stories
HIV-positive man had unprotected sex with girl, 14, multiple times while still living with GF
Man impregnated GF's underage daughter, had sex with her even after she gave birth
Man who impregnated underage girl and assaulted GF gets 23 months' jail
More About:
sex
underage
court