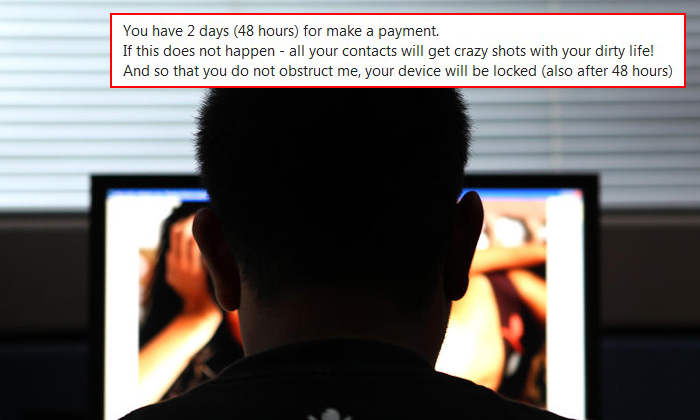 You might have gotten an email about how you have been caught on camera watching pornographic materials online, and to pay up if you do not want incriminating images of yourselves sent to your contact list.

Heads up, it's an extortion scam.

In an advisory on Monday (Oct 29), the police said they have received more than 15 reports since September 2018, where victims informed that they had received emails from unknown email accounts or those resembling their own.

The scammers would claim that they had screenshots of the victims watching pornographic materials, and threaten to expose them to their family and friends unless they make payment, typically via cryptocurrency Bitcon.

In some cases, the victims were told by the scammers that their computers had been infected with malware which allowed their online activities to be monitored.

There were also cases where the scammers claimed that they had the victim’s email account password, or had obtained the victim’s contacts from social networking platforms, to add a sense of legitimacy to their emails.

Here is one such scam email: 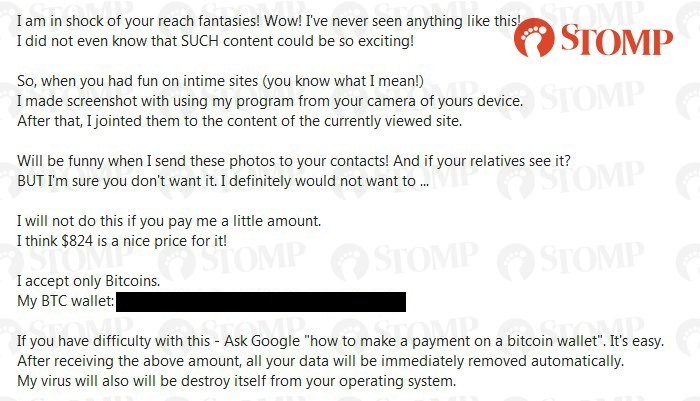 The email's subject line usually includes a password that you probably have used at some point, making the scam seem all the more legitimate.

According to online reports, the passwords are believed to have been stolen during previous data breaches at prominent websites (e.g. LinkedIn, Yahoo).

The police advises members of the public to adopt the following crime prevention measures:

Those who wish to provide any information related to such scams may call the police hotline at 1800-255-0000, or submit it online at www.police.gov.sg/iwitness. For urgent police assistance, please dial ‘999’.