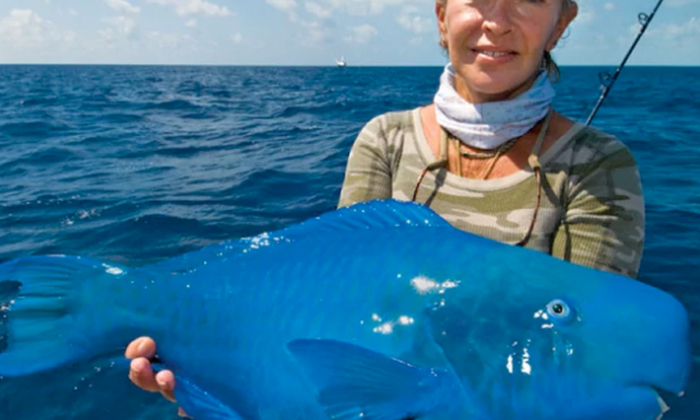 Earth is a big, big place and the oceans cover over three quarters of it.

It goes to say that there are a lot of unexplored territory and wonders out there waiting for Man to discover.

Recently, an woman caught a bright blue fish and uploaded a photo of her catch online.

The photo in turn sparked a debate among netizens, many of whom argued that it was probably photoshopped.

In fact, the fish scientific name is scares coeruleus, a species of parrotfish.

Parrotfish come in an assortment of colours, but the blue are the most famous due to their vivid, almost electric blue colouring.

The fish live in shallow coral reefs and are most commonly found in the western Atlantic Ocean and Caribbean Sea.

Their diet consist of algae, scrapped off rocks and tiny organisms found in their ecosystem.

Related Stories
Sharks, crocodiles and other crazy products you can buy at China's Walmart
Asian man mails rotten food and women's underwear to take revenge on bullies
You haven't seen weird till you check out these bizarre photos from around the world
fish
bizzare
real life 'Finding Dory'
animals