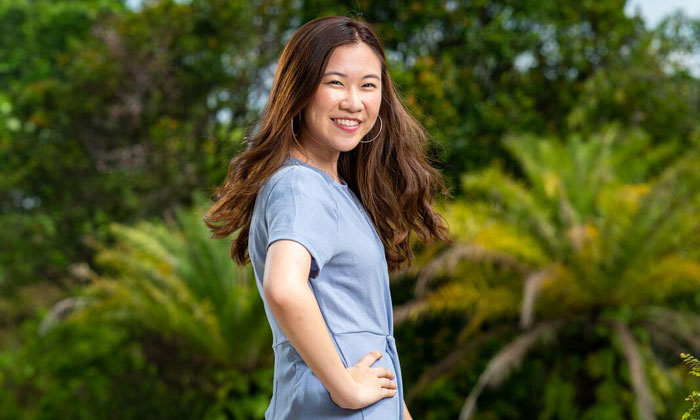 Focusing Her Lens On Success

Growing up, Kelly Hui Wen Ting was always academically behind. She struggled with most subjects and only did well in English. As a result, Kelly placed last in many exams up till Secondary Four and her greatest academic achievement was a mere pass.

Kelly’s aspirations grew, when she chanced upon the unique Diploma in Creative Writing for TV & New Media (DTVM) in a SP magazine during Secondary Four. The course caught her eye as it allowed her to pursue her passion for journalism and photography. She was also attracted by the prospect of interning at leading organisations such as Singapore Press Holdings and National Geographic. Determined to enrol in DTVM, the Paya Lebar Methodist Girls’ Secondary School alumna worked hard for her GCE O-Level exams and managed to qualify.

Despite this, Kelly was still scarred by her failures. In her first term of poly, she found it difficult to meet the academic demands. A few more months in SP saw the seeds of change being sowed in Kelly, through the lecturers who inspired and nurtured her.

Kelly’s string of successes started with the engaging stories and photographs she and her friends curated and developed for various course assignments. After receiving good feedback and realising that she could excel, Kelly decided to push herself harder. She applied valued storytelling techniques learnt in DTVM to various projects, including a virtual self-directed trail along the Singapore River.

During her time in SP, Kelly participated in the Singapore Model Parliament 2019 and won the Model Parliamentarian Award by conducting in-depth research and crafting policy-like solutions on domestic issues. She was also a shortlisted Singaporean finalist in the ASEAN Youth Social Journalism Competition as a result of a well-written paper on the importance of a transparent government in Southeast Asia.

SP also provided Kelly the platform and opportunity to interact and experience the different cultures and countries in the Southeast Asia region. As Chair of the Quality Education Committee during the S Rajaratnam Endowment Youth Model ASEAN Conference, Kelly led a group of students from the various ASEAN countries to craft “education policies” that will benefit youth in the region. Kelly also had the opportunity to head to Kuantan, Malaysia to shoot a documentary on the lives of the locals as part of her class assignment.

Empowered by a newfound confidence, the Model Student Award winner clinched a spot on the Director’s Honour Roll for two years - a far cry from her first term in SP. Kelly’s greatest achievement came during her 22-week internship with local broadsheet, The Straits Times. There, she took on the role of a photojournalist to great effect; by using her photos and prose to cover an elderly beauty pageant that redefined active ageing and an accident which gripped the nation, amongst other equally impactful stories.

Kelly’s interest in social issues deepened while volunteering weekly at her constituency’s Meet-The-People Session, where she sought solutions for her neighbours’ challenges.

Moving forward, the lass with a heart for the community hopes to use her skills and knowledge to give a voice to the disadvantaged community. Kelly plans to further her studies in a local university and aspires to become a journalist or social policies officer.