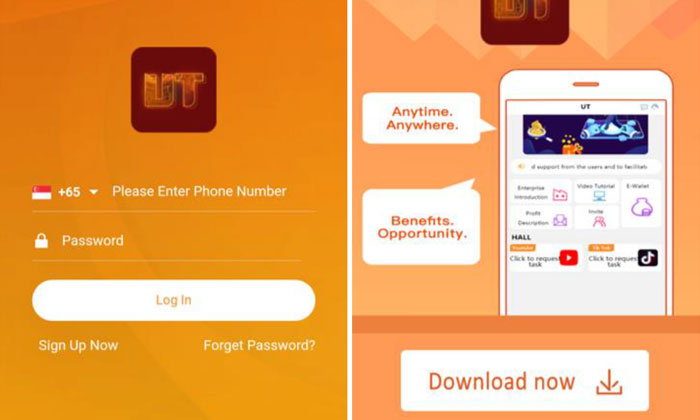 The jobs would require victims to complete easy tasks such as liking social media posts to boost viewership.

The scammers would claim that victims would be given a commission to boost social media posts and videos by liking these posts.

In order to perform the job and earn commissions, victims were directed to sign up for accounts on websites provided by the scammers.

These websites also offered mobile application downloads for ease of utilising its services.

The websites purportedly offered packages for the jobs with varying amounts of commission paid per task, depending on the packages that the victims signed up for.

The victims would need to sign up for these packages by making upfront payments to bank accounts belonging to unknown individuals before they could start performing the job to earn commissions.

Most of the time, victims would be convinced that they were asked to do legitimate work as they would receive commissions and profit at the onset, and therfore did not incur any losses.

However, victims eventually discovered that they had been scammed when they did not receive further commissions.

Members of the public should be wary of the following red flags when encountering such situations:

The police would like to advise the members of public to adopt the following precautionary measures:

If you have information related to such crimes or if you are in doubt, call the police hotline at 1800-255-0000, or submit it online at www.police.gov.sg/iwitness.