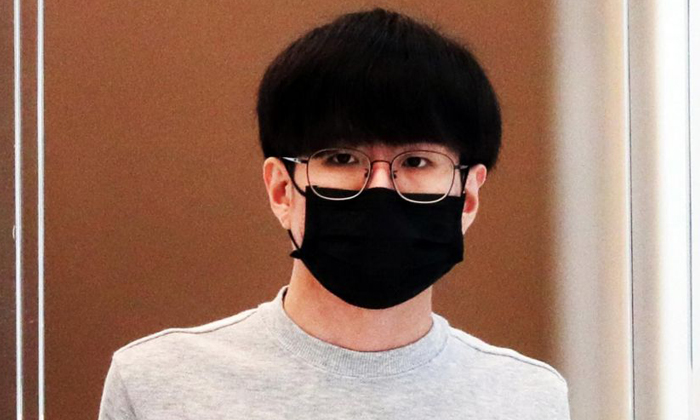 A teenager was on probation for fighting in a public place when he reoffended by posing as female sex workers online to cheat two men of $4,000 in total.

Jerell Lim Jing Kai, now 19, had his probation revoked after pleading guilty to his latest offences - five counts of cheating and one count of dealing with the benefits of criminal activities.

The Singaporean teenager was sentenced to at least six months of reformative training on Thursday (Sept 30).

This means that he will be detained in a centre and made to follow a strict regimen that includes foot drills and counselling.

In February last year, he hatched a plan to cheat others of cash and went on online classifieds website Locanto to create a fictitious profile as a 20-year-old woman called Bernise.

Lim took an image of an unknown woman from social media platform Instagram and used it as Bernise's display picture.

He also created an account on messaging platform Telegram with the username "bernisewz". Lim then approached a friend and asked to "borrow" his bank account.

On March 27 last year, a 24-year-old man, who cannot be named due to a gag order, found Bernise's profile on Locanto and sent a message. Posing as the imaginary Bernise, Lim replied and offered sexual services. They then made arrangements to meet up.

The next day, the victim transferred $1,000 into the bank account belonging to Lim's friend, who kept $200 as commission and handed $800 to Lim.

When the friend later decided not to take part in the ruse, Lim approached another person, who agreed to help him.

The court heard that Bernise continued to ask the victim for money, claiming that she needed to settle expenses for items, including more medical bills.

The victim then transferred another $2,520 into the second accomplice's account.

The victim finally suspected that he had been scammed and lodged a police report on April 26, 2020.

Using a similar method, Lim posed as another female sex worker online, "Felicia", and cheated a second victim of $480.

Separately, Lim also opened a bank account earlier this year and allowed the proceeds of an unrelated investment scam totalling more than $191,000 to be transferred into it.

Related Stories
Man roped in teen to help receive ill-gotten gains in bank account
Man cheated woman of $5k of woman by posing as medium, scammed others of donations
Teen allegedly sold his bank accounts, which were used to retain $260k in ill-gotten gains
More About:
scam
sex
court