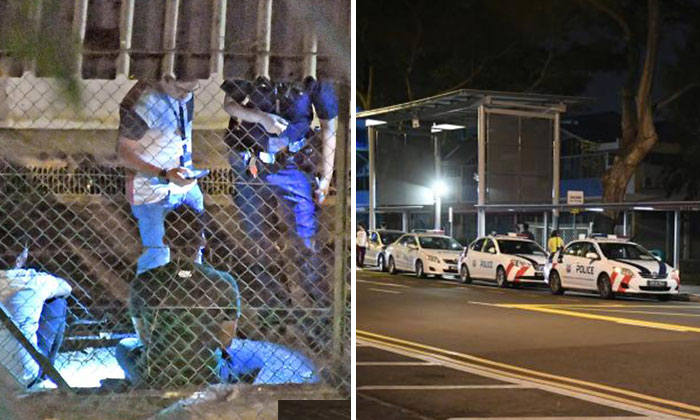 Four youths seeking thrill trespassed into a secondary school in the middle of the night, and about 10 officers were dispatched to the scene for an investigation.

The incident happened at MacPherson Secondary School on Sunday (Jan 21) at around 9.49pm.

A witness told Shin Min Daily News that he saw around five police cars at the scene, and at least 10 officers carrying torchlights and investigating the scene.

Reporters who rushed down to the scene saw four youths who looked to be in their 20s seated at an empty field beside the school while being questioned by police officers.

The questioning process lasted about two hours, and the police also cordoned off the area to prevent members of the public from coming too close.

It is believed that the four had stood on a red road barricade and scaled the walls in order to infiltrate the school.

One of the youths was brought on a patrol car by the officers, while the other three were released.

There was nothing missing from the school, and the youths had trespassed purely for fun.

The parents of the youths rushed down to the scene upon finding out what had happened to their children.

A father to one of the youths said:

“I was told that my son had trespassed into a school.

“I do not understand why they did something like that.”

In response to media queries, the police have confirmed the case and said that investigations are ongoing.

Related Stories
Man allegedly tries to break into Woodlands resident's home when only wife and daughter are in
SMRT Facebook page trolled with photo of German vandals' 2014 trespass at Bishan Depot
Police looking for man to assist with investigations into criminal intimidation and trespass at Clarke Quay
More About:
trespass
police
Youths behaving badly