Passenger makes Grab driver go to cemetery at night, then goes MIA as a prank 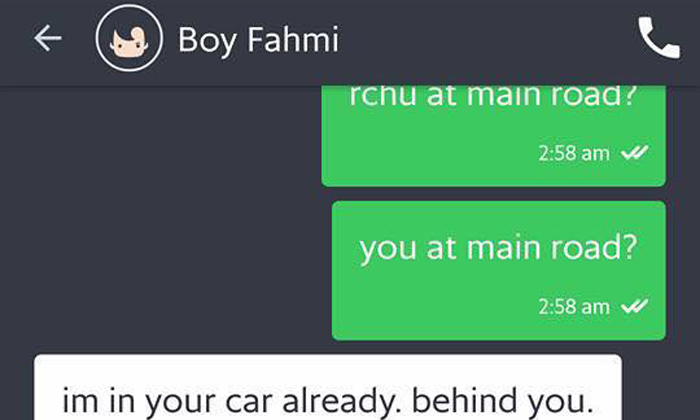 A woman took to Facebook to highlight how her boyfriend, a Grab driver, was made to go a cemetery in Lim Chu Kang in the middle of the night, only for the passenger to play a prank on him.

Chisa explained that he had driven another passenger to Lim Chu Kang Camp and had accepted the cemetery trip as it was nearby.

However, when he arrived there at 2.58am, the passenger said asked if Chisa could see him.

When the driver responded that he could not, the passenger said that he was already inside Chisa's car, at the back seats.

Chisa simply thanked the passenger for a free trip.

Joey's post drew angry comments from netizens, who were incensed at the passenger's behaviour.

Most reminded the prankster that making a driver drive to a secluded location and not boarding meant that he wasted two trips (to and fro).

Many also advised the driver to report the incident to Grab.