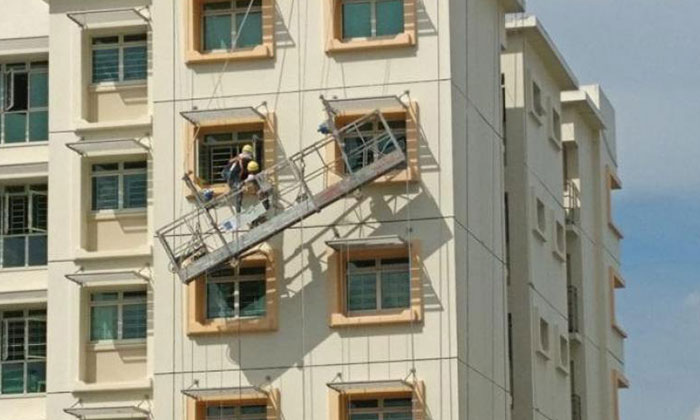 Two workers painting a block of flats in Punggol were left stranded on their gondola after the cable snapped, Shin Min Daily News reported.

Residents in one unit then opened their windows to help them into their home.

Photos of the incident, which took place on Feb 18  around 4pm at Block 176D Edgefield Plains in Punggol, were taken by another resident.

The two residents who hauled the two workers into their home are a husband and wife duo, aged 57 and 52 respectively.

The husband told Shin Min: "We happened to be in the living room at the time of the incident, and my wife heard a loud bang outside the window.”

She then opened her window to find a gondola carrying two workers tilted at a steep angle. 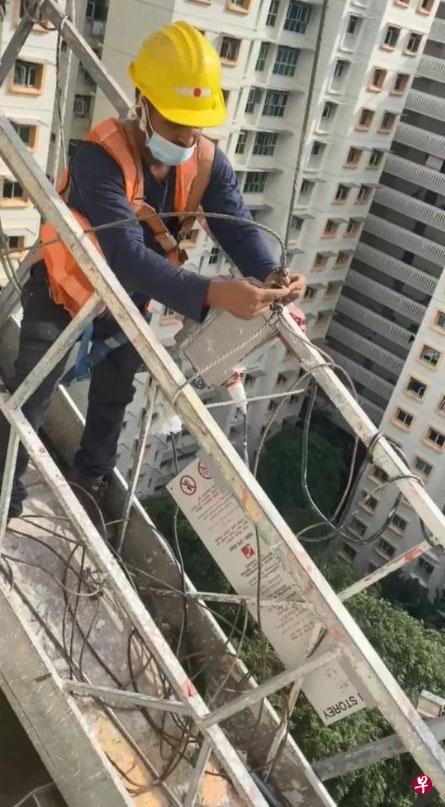 The wife noticed one of the cables was broken, and there was a risk the gondola would tilt further and the workers would fall off.

The couple then opened their living room window to help the workers in. 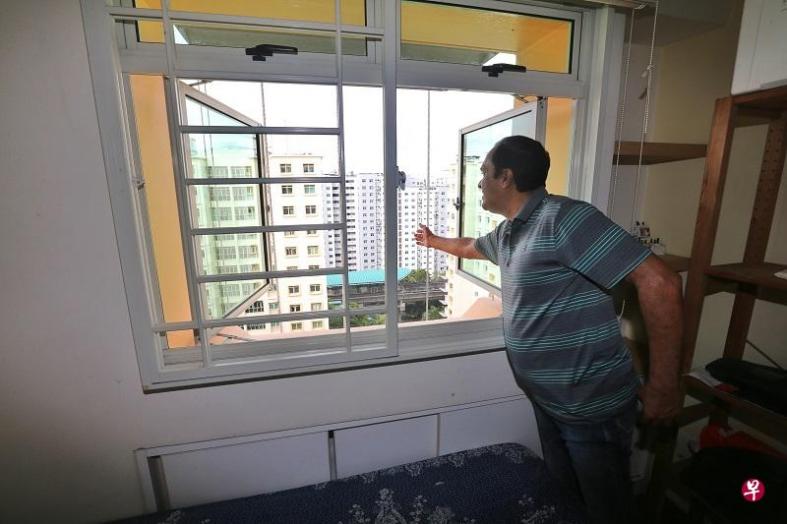 The husband said: "Fortunately, my wife and I were at home at the time, otherwise the consequences would have been unimaginable."