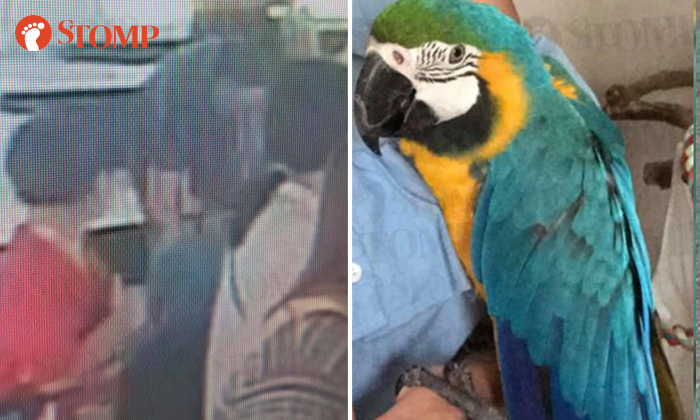 Daniel had shared with Stomp photos he received from the camera footage at the bus stop, after lodging a police report.

The blue macaw, that is valued at about $2,500 according to Daniel, is seen on one of the benches at the bus stop before a man approached it.

The man is also seen bending down, with one arm extended. 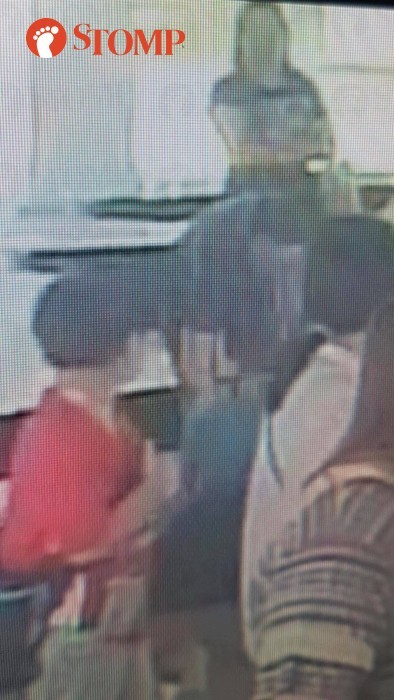 Daniel said: "I brought three parrots out for a flight, but one of them did not return. It had landed at the bus stop to wait for me, according to the CCTV footage.

"But after I reached 10 minutes later, it wasn't there anymore.

"The police could not give me the footage, but they provided me photos of it, and told me that the man who approached my bird had taken it.

"I have been putting posters at that location for months but it still has not been returned."

Hence, Daniel is offering a reward of $3,000 to anyone who returns his parrot (safely), or "helps in the retrieval of the bird", such as providing leads.

According to Daniel, an elderly man who saw him with two parrots on his left hand, asked him if the parrots belonged to him.

The elderly man then asked if Daniel was looking for a parrot, as he had seen it at the bus stop earlier.

He then told Daniel that an "uncle riding a medium sized bicycle had left with your parrot".

"I can even give you a new bird, if you want," offered Daniel, to the man seen bending down in the camera footage.

"Please help me to share this and hopefully social media can help me, because my wife and I have a really strong bond with it."

Daniel added that the bird has a silver-coloured ring on its right leg.

Related Stories
Mum desperately looking for lost iPhone with her kids' photos: "They are a mother's best memory"
Woman devastated over turtle lost at Jurong West: 'I've had it ever since my dad passed away'
Woman looking for parrot lost at Changi Golf Club
More About:
lost bird
lost
appeal