Mum desperately looking for lost iPhone with her kids' photos: "They are a mother's best memory" 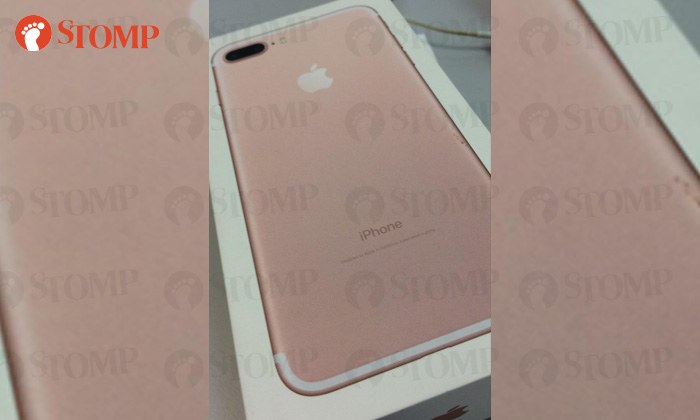 Stomper Christine is desperately looking for her iPhone 7 Plus which she last used at Riversound Residence at Sengkang East Avenue 1 at around 8.15pm on Wednesday (Jul 11).

The rose-gold-coloured phone, which contains photos of her four-year-old and two-year-old from birth till date, could have been lost at two possible places.

"It was either at Seletar Hills Estate, along Jalan Lebat Daun, or at basement two of the carpark at Riversound Residence Block 1," she said.

According to Christine, she most probably left her phone sitting on the roof of her car that was parked at lot 288, near the turn to Block 3, as she had to carry her two children out of the car.

"I only realised that my phone was missing when I reached home and wanted to message my husband," she said.

"I then tried calling my phone using the house phone because I thought I might have left it somewhere in my apartment.

"It rang the first time I called, but when I called again 10 minutes later, the line was engaged."

Christine then made her way down to the carpark to check whether her phone was there but it was not.

Feeling devastated and lost, Christine shared the incident on Carousell and on about five other Facebook groups.

She also lodged a report at the Geylang Neighbourhood Police Centre the following day at about 8.30am.

"I'm hoping to spread this through as many social platforms as I can," she said.

"I also tried using the 'Find My iPhone' application but it could not track my phone.

"The phone is very precious to me as I did not back up the pictures of my kids elsewhere, so I'm feeling really, really lost.

"I'm fine with giving up the phone, all I want are the pictures as they are the best memories to a mother."

Christine also added that the phone does not have "fanciful casing" nor has a wallpaper.

"If you happen to have friends working in phone shops, please help me to spread the news. Thank you for your kindness."

In response to a Stomp query, the police confirmed that a police report was lodged.

Related Stories
$1,000 reward offered for bracelet lost near Tiong Bahru MRT Station: 'I bought it with money my late grandpa left me'
Woman devastated over turtle lost at Jurong West: 'I've had it ever since my dad passed away'
Woman looking for e-scooter lost at Tampines Rd bus stop, needs it to get home because of prosthetic leg
More About:
lost phone
lost