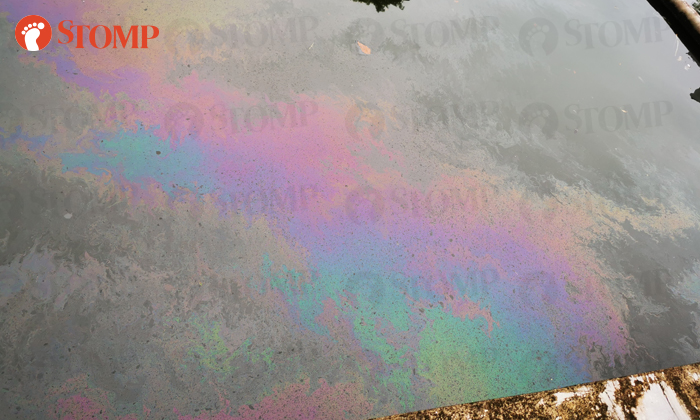 National water agency PUB has responded to concerns over a patch of oil sheen that was spotted in the waters of Alexandra Canal along Zion Road.

Stomper Tom took photos of the unusual sight on the morning of August 23 and alerted Stomp, but said it was not his first time seeing something like this.

"There are also strong fumes that smell like fuel."

"This is valuable habitat for otters, herons, fish, and monitor lizards."

In response to a Stomp query, PUB said that its Quick Response Team (QRT) was deployed to Alexandra Canal on August 22 upon receiving public feedback about an oil-like discharge.

"A small patch of oil sheen was seen on site and no smell was detected. It is likely that the heavy rain earlier had washed away most of the discharge," said PUB.

"No other abnormalities were observed. As a precaution, our officers will continue to monitor the situation over the next few days."

In its statement, PUB also reminded the public that wastewater or other liquids should not be discharged into public drains.