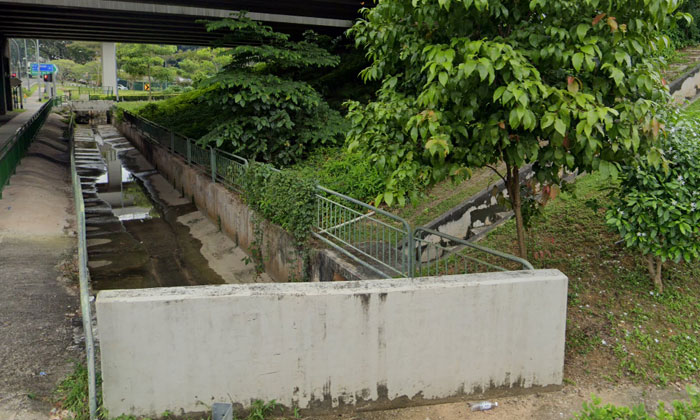 The PUB, Singapore’s National Water Agency, told Stomp that it will be taking enforcement action against a contractor for causing silty water discharge to enter a canal at the junction of the Pan Island Expressway (PIE) and Toh Tuck Avenue.

Stomper Chong alerted Stomp to the silt entering the canal and shared photos he took of it on Dec 24.

He told Stomp that he felt the contractor was not doing any protection work to prevent the silt from entering the waterway.

In response to a Stomp query, a PUB spokesman said the silty water discharge was traced to a nearby construction site where pipe jacking works were taking place.

"Slurry water, a by-product from the pipe-jacking works, had leaked into the canal due to a crack in the underground slurry storage shaft," the spokesman said.

"The contractor has since repaired the shaft and cleaned up the affected stretch of canal.

"PUB will be taking enforcement action against the contractor.

"PUB takes a serious view towards pollution of Singapore’s waterways and will not hesitate to take action against illegal discharge into public drains and canals.

"We encourage the public to contact PUB at 1800-2255-782 to report any suspected pollution in our waterways."