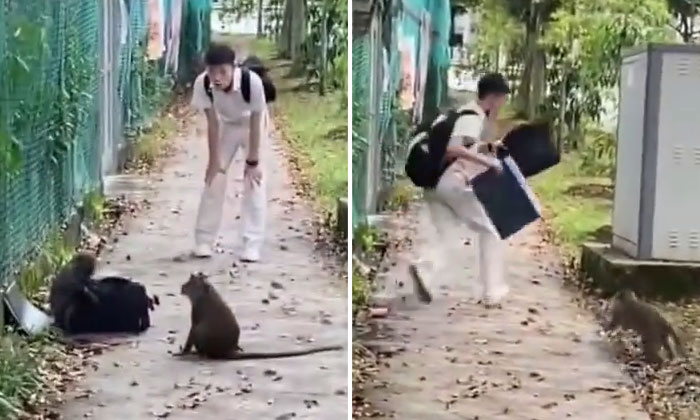 A secondary school student was caught on video attempting to persuade two monkeys to return his school bag.

In the footage, he is heard asking the mischievous macaques for his file and project back.

One of the monkeys screeches at him and chases after him for a short distance causing him to shriek in fear.

Teen snatching bag back from Monkeys

Teen snatching his bag back from Monkeys SGVirality Video from: https://vt.tiktok.com/ZSeG2U4Rv/

Posted by SGVirality on Monday, February 7, 2022

However, the boy returns and keeps a distance as he waves at them and shouts: "No, no no, don't open."

He also makes warning noises at them to stop ransacking his bag: "Eh, eh, eh."

Unfortunately, the monkeys do not stop.

The boy then tries to negotiate with the monkeys and says: "OK please, I make you a deal, the can of Coke is yours but I want my bag..."

A monkey screeches at him and he backs off a little before coming closer yet again.

"These are all my school stuff.

In the boy's final attempt to retrieve his belongings, both monkeys suddenly run and climb up a tree.

The teen moves forward but freezes after one of the macaques jumps from the tree.

He then grabs his stuff and flees as one of the monkeys chases after him.

The video was originally posted on TikTok but shared on Facebook where it has garnered over 722,000 views.

Most netizens found the whole situation entertaining. However, many praised the youth for his bravery and persistence.

"Laugh all you want... that kid has a brave heart," one Facebook user said. 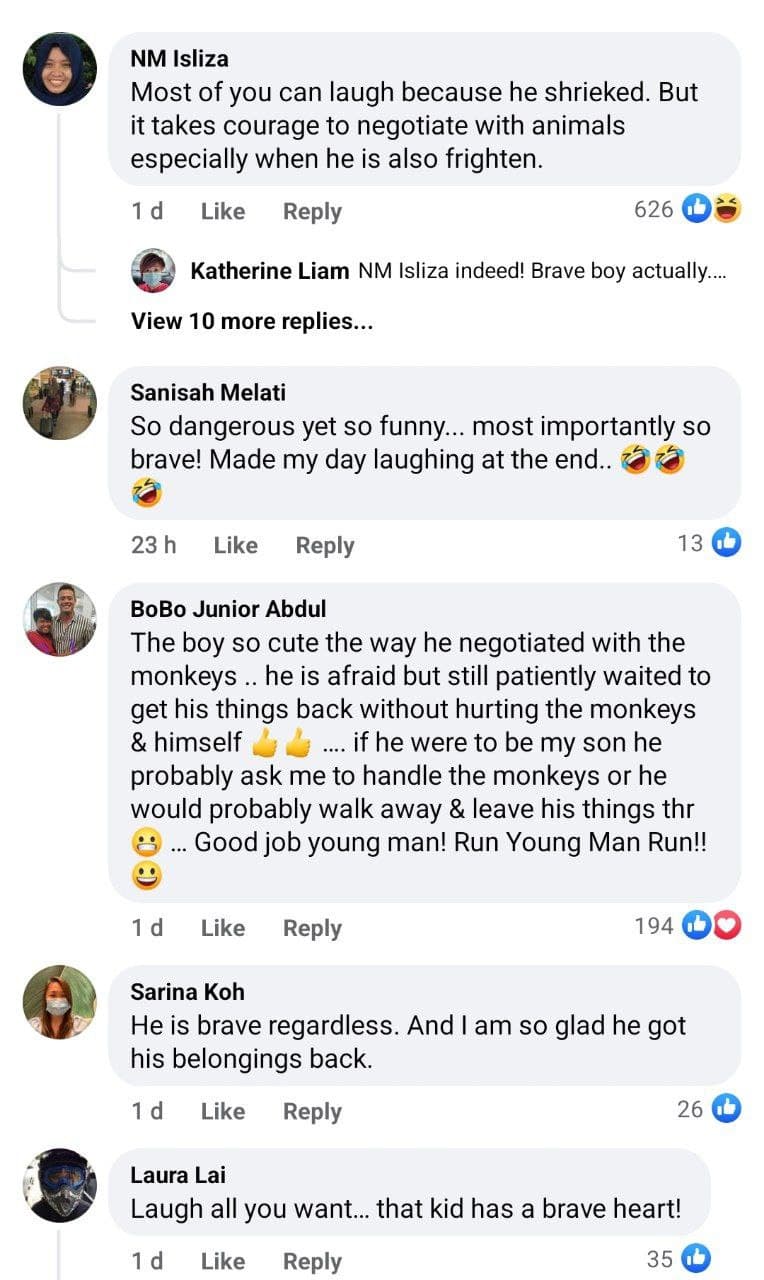