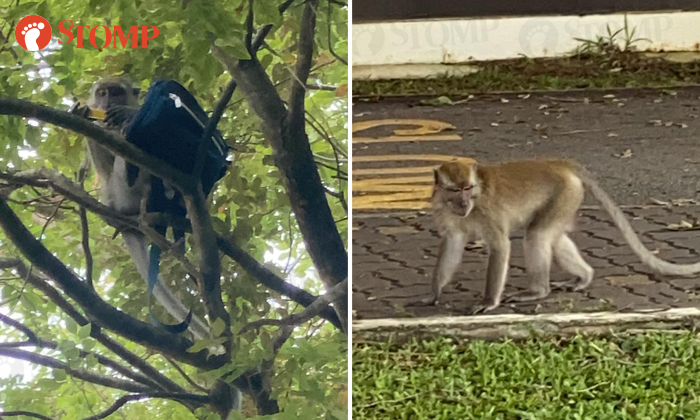 A monkey became a snatch thief and a self-appointed inspection officer all at once after fleeing with a woman's bag in Punggol on Sunday morning (April 25).

Stomper Tan said the monkey snatched an elderly woman's sling bag from a bench at Punggol Park Connector, near the Sunrise Bridge, at around 9am.

Tan recounted: "The monkey was smart enough to unzip the woman's bag and go through her belongings, which included her IC, EZ-Link card, a metal can of sweets, her handphone, her wallet and more."

A video that Tan submitted shows the monkey on a tree with the bag. It can be seen removing the rectangular tin of sweets from the bag and fiddling with the object. 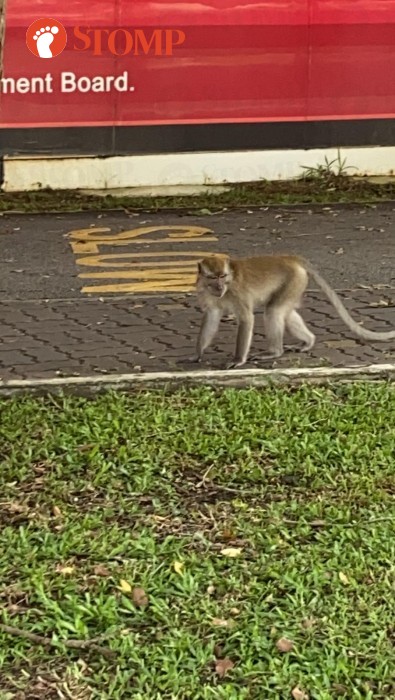 Tan told Stomp: "We tried to bait the monkey to come down the tree using some dropped sweets but another monkey (pictured above) came down instead.

"It's my first time seeing a monkey snatch something. I was surprised at first, but my natural instinct to help and protect soon kicked in.

"Some onlookers and I managed to help the elderly lady to retrieve all her belongings after the monkey dropped them."

More information on what to do when encountering monkeys can be found on the National Parks Board website.