Sister of Naval Base Sec student killed in JB car crash: 'I woke up waiting for you to ask me to order McDonalds' 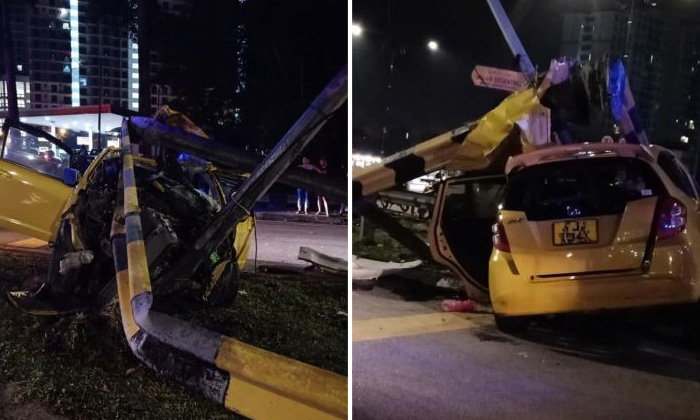 He was reportedly on a trip with his football coach and three others.

Arif Aiman Norman, who studied at Naval Base Secondary School, was travelling in the Singapore-registered car when it crashed in Jalan Segenting near Taman Johor, reports The Straits Times.

Photos of the wrecked yellow Honda were shared on Facebook since Saturday. The vehicle is seen by the roadside, near a road divider, a lamp post, and a road sign.

According to one of the posts on Facebook, the group apparently made their way to Johor Baru to play in an under-16 football match.

Naval Base Secondary principal Sulaiman Mohamad Yusof said on Monday night that the school was deeply saddened to hear of the accident.

"Arif was a caring and motivated boy, who was well liked by his peers," he said.

"The school is in touch with Arif's family to offer our assistance. We are also providing emotional support to affected schoolmates and staff."

He also said that Arif's trip to Johor Baru was a personal one.

Arif's funeral was held a day after the accident.

According to a report by Shin Min Daily News, Arif was a member of a youth football team in Woodgrove that came in fourth in a futsal competition in March.

Arif, who was an ardent fan of football, regularly posted photos of the said sport on his Facebook account since he was 10.

On Sunday, Arif's elder sister, Nurul Lyana Norman, wrote about her brother's death on Facebook accompanied with a photo of him. The post garnered many comments from people who offered their condolences to the family.

Singapore's consulate-general in Johor Baru has gotten in touch with the Malaysian authorities over the accident and is also rendering consular assistance to the affected families.