Nanny accused of poisoning 2 babies had sought treatment from a psychiatrist: Friend 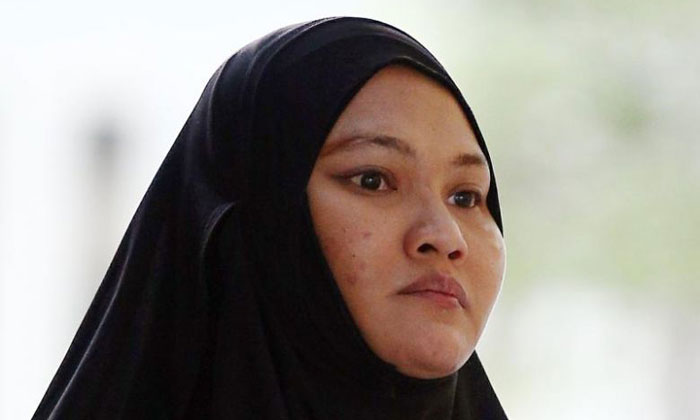 A doctor who said he is the best friend of a nanny accused of poisoning two babies under her care told a district court on Thursday (Feb 27) that she had earlier sought treatment from a psychiatrist.

But Dr Peter Looi did not reveal what Sa'adiah Jamari, now 38, was suffering from at the time.

On the fourth day of the trial, Dr Looi told District Judge John Ng that he was working at Changi General Hospital's accident and emergency department at the time Sa'adiah allegedly committed the offences.

He added: "I would say I am her best friend. I've been her mentor, her adviser, her confidante, her doctor - and I know a fair bit of her life."

The court heard that the two have had this relationship for at least 15 years.

Sa'adiah is accused of two counts of administering a range medication or "poisons" to the babies with the intention of hurting them.

One of the infants was just five months old, while the other was 11 months old. They are not related to each other.

The Singaporean freelance nurse allegedly committed the offences in November and December 2016.

Sa'adiah is accused of giving the babies medication such as sleeping drug zolpidem, antihistamine chlorpheniramine and muscle relaxant orphenadrine, as well as alprazolam and diazepam, which are used to treat anxiety disorders.

On Thursday, Dr Looi told the court that he had passed her "simple flu or cough" medication when she was unwell.

He testified that he could have "possibly" given her chlorpheniramine for a runny nose and orphenadrine, but said he had never given any drugs to the two babies.

He also said that he had never given Sa'adiah sleeping pills or sedatives.

Dr Looi told Judge Ng that her psychiatrist had given some of them to her. He did not say which ones.

Earlier, the court heard that Sa'adiah had been prescribed the substances later found in the infants' bodies.

On Dec 29, 2016, items including an empty pack of zolpidem, a handkerchief and a milk bottle were found in her Hougang flat.

Diazepam was later detected on the handkerchief, while the bottle had traces of zolpidem.

The 29-year-old mother of the younger child had earlier testified in court her daughter was hospitalised for several days after the baby girl was found to be "very drowsy" and "cranky".

She later received a medical report listing multiple substances detected in her daughter's body. They included the sleeping drug temazepam, chlorpheniramine and alprazolam. She alerted the police soon after.

The older baby's mother, 22, had also testified earlier that her daughter was warded after Sa'adiah looked after her. Both women cannot be named to protect their children's identities.

For each charge of causing hurt with poisons, an offender can be jailed for up to 10 years and fined or caned. Sa'adiah cannot be caned as she is a woman.

Related Stories
Babysitter allegedly gave 'poisons' and sleeping drug to two babies under her care
Joshua Ang's nanny nightmare makes parents wonder: Can you trust a stranger to care for your baby?
Former actor Joshua Ang on how baby son ended up in ICU allegedly due to negligent nanny
More About:
baby
court
abuse
poison