Joshua Ang's nanny nightmare makes parents wonder: Can you trust a stranger to care for your baby? 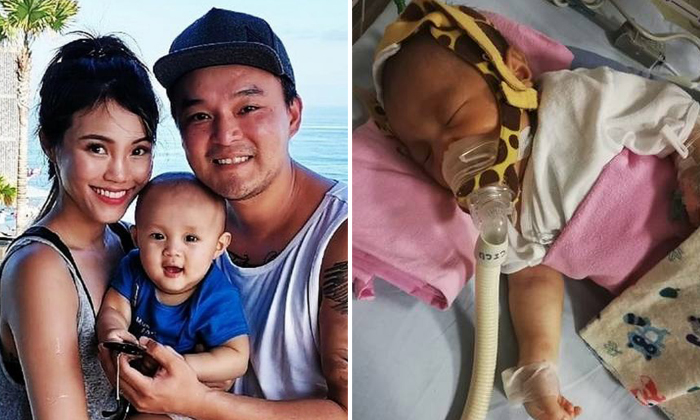 Can you trust a stranger to take care of your newborn baby in times of need? That is a dilemma that mothers in confinement often face.

Former Singapore actor Joshua Ang, 30, made headlines last month after opening up about his 'nightmare' experience with a confinement nanny, whose negligence allegedly landed his week-old infant in hospital.

Being first-time parents, Ang and his air stewardess wife Shannon Low, 27, decided to trust a confinement nanny recommended by a friend.

The nanny supposedly had 12 years of experience, Ang wrote on his blog.

The couple's son, Jedaiah Ang, was later admitted to the intensive care unit at KK Women's and Children's Hospital with aspiration pneumonia due to milk in his lungs.

He had apparently been overfed by the confinement nanny, who is said to have also cut the teat of his milk bottles.

With traumatising stories like this, how do parents ensure that they hire the right confinement nanny? And how do nannies win the trust of parents?

Should you hire a professional confinement nanny who has gone through proper training, or will someone armed with a wealth of experience be good enough for the job?

The truth is: There is no standard textbook answer when it comes to caring for mothers who are in confinement and newborn babies.

In Singapore, confinement nannies are either from an agency or freelancers.

Confinement nannies from an agency have typically undergone professional training, though some of them might already have prior relevant experience.

On the other hand, freelance confinement nannies rely on their vast experience and word-of-mouth to get customers.

Thomson ParentCraft Centre currently has around 30 full-time confinement nannies under its belt.

All of its nannies have to undergo four to seven days of training courses, during which they learn how to care for mother and child, cook confinement meals as well as pick up knowledge about traditional Chinese medicine.

They also have to pass a medical examination and be equipped with the right qualities before they can be a certified confinement nanny.

Confinement Angels, which provides confinement nanny services in Singapore and boasts of a training centre based in Johor, trains about 120 to 150 Malaysian women annually, 60% of which go on to become certified nannies.

According to a spokesman, Confinement Angels uses a modern training syllabus that equips nannies with the most up-to-date knowledge techniques and skills.

However, soft skills such as communicating with people would depend on the individual nanny.

Added the spokesman: "We guide nannies on how to communicate with clients.

"For instance, some nannies might be overly candid and ask clients personal questions about their families, thus making them uncomfortable.

"After accumulating enough experience, they will be more adept at what to say and how to speak."

Hiring a confinement nanny through an agency also ensures that there is someone you can go to should any problems between parents and nannies arise.

Not only can the agency help to mediate the situation, they can also help by replacing the confinement nanny if needed.

Related Stories
Former actor Joshua Ang on how baby son ended up in ICU allegedly due to negligent nanny
They grow up so fast! I Not Stupid's Joshua Ang is married and going to be a dad soon
Heartbroken parents struggle to save blind 16-month-old daughter diagnosed with rare cancer
More About:
baby
child