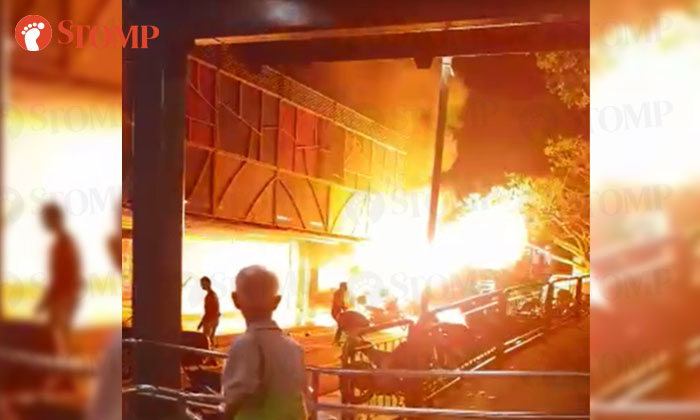 Several motorcycles and a BMW car caught fire outside Boon Lay Shopping Centre at about 1am today (Oct 17).

The police responded to a Stomp query and said that they were alerted to a case of mischief by fire at 221 Boon Lay Place.

Stompers Faizal, Satria and Izad were at the scene and sent Stomp videos and photos of the incident.

Izad sent in two videos where a fire alarm could be heard blaring in the background.

A loud explosion can also be heard in one of the videos that he sent.

The fire alarm continued to ring in the second video as two Singapore Civil Defence Force (SCDF) firefighters arrived on their motorcycles to put out the fire.

Faizal said: "I think I saw about four to five motorbikes and one BMW being affected by the fire."

In a video taken by Satria, from a road opposite where the fire occurred, many bystanders were watching the flames being put out.

Firefighters were seen using their water jet to extinguish the fire.

In response to a Stomp query, the SCDF said: "SCDF responded to an incident at 221 Boon Lay Place at about 1am.

"The fire was extinguished by SCDF using one water jet, two compressed air foam backpacks, and one fire extinguisher.

"There were no reported injuries. The cause of the fire is under investigation."

Faizal captured a picture of what the scene looked like after the fire was put out. 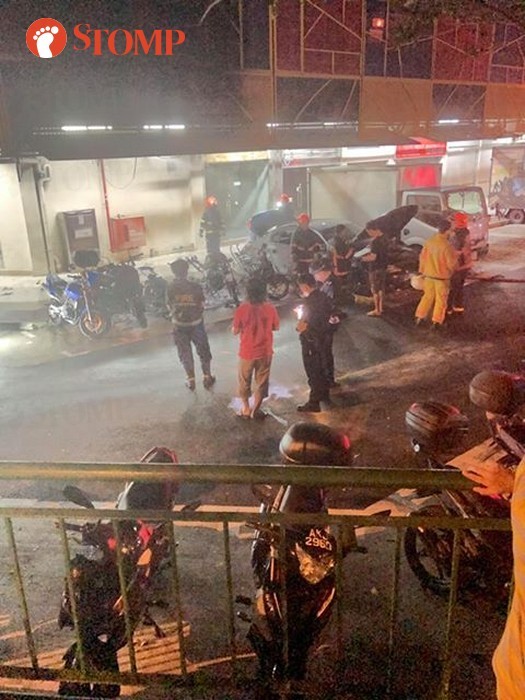