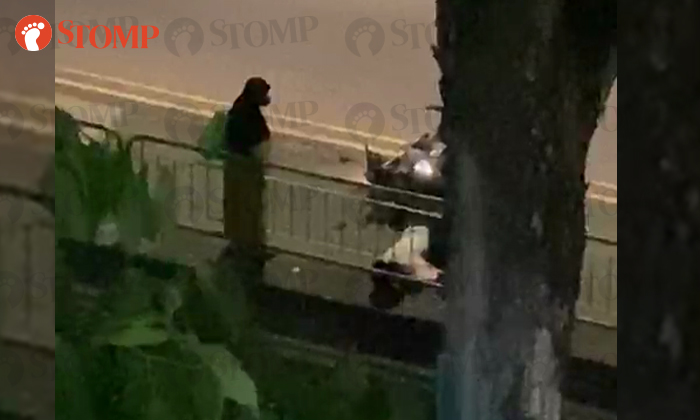 A 53-year-old man was arrested for drink driving after an accident, in which he fell from his motorcycle, in Toa Payoh on Tuesday night (May 12).

Stomper Nelson saw the motorcyclist lying on a pavement by the roadside along Lorong 1 Toa Payoh at 9.23pm.

Nelson, who shared a video of the incident, said: "The motorcyclist fell from his bike. He was unable to move except for his head.

"No other vehicles were involved in the accident.

"Police were called and the ambulance came in 10 minutes."

Responding to Stomp queries, the police confirmed that they were alerted to an accident involving a motorcycle at 9.23pm.

The 53-year-old male motorcyclist was conscious when conveyed to Tan Tock Seng Hospital.

He was subsequently arrested for suspected drink-driving.