Driver arrested for drink driving after overturning van on PIE 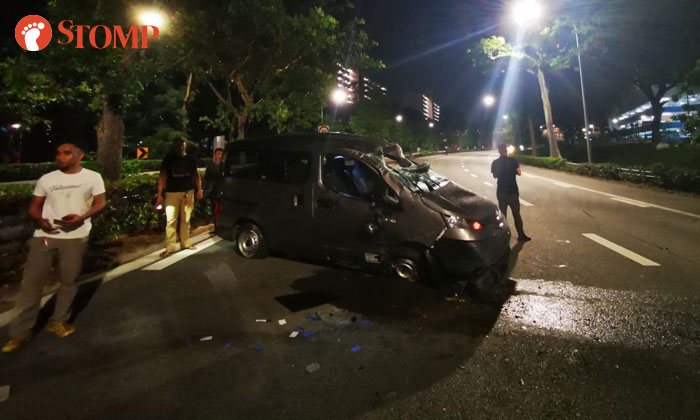 A 30-year-old van driver was arrested for suspected drink driving along the Pan-Island Expressway (PIE) in the early hours of Tuesday morning (Feb 18).

Stomper Sabre Cruz alerted Stomp to the incident and shared photos and videos he took from an overhead bridge and at the scene.

"A van overturned after the Bedok North Avenue 3 exit towards Changi Airport," he said.

"The male driver suffered minor injuries to his right arm.

In the video, police vehicles and an Emas recovery truck are seen on the expressway.

In response to a Stomp query, the police said they were alerted to the accident at 3.42am.

"The driver, a 30-year-old man, was subsequently arrested for drink driving," a police spokesman said.

"No one was injured."