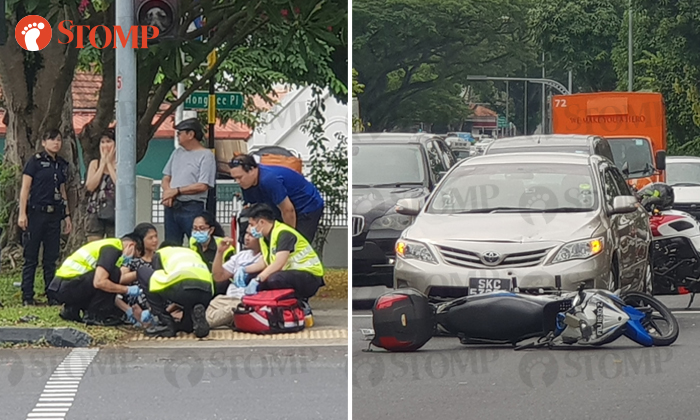 Two people were taken to hospital after an accident involving their motorcycle and a car occurred along Yio Chu Kang Road on Wednesday afternoon (May 23).

Stomper Kelly was at the scene at around 3.05pm and contributed photos showing a motorcycle lying on the road, as well as an ambulance nearby.

Paramedics can be seen attending to a man and a woman, who were sitting on the pavement near a traffic light.

In response to a Stomp query, the police said they were alerted to the accident at 2.52pm.

"The motorcyclist, a 42-year-old man, and his pillion, a 40-year-old woman, were both conscious when conveyed to Tan Tock Seng Hospital," added a police spokesman.

The Singapore Civil Defence Force (SCDF) said it was alerted at about 2.55pm.