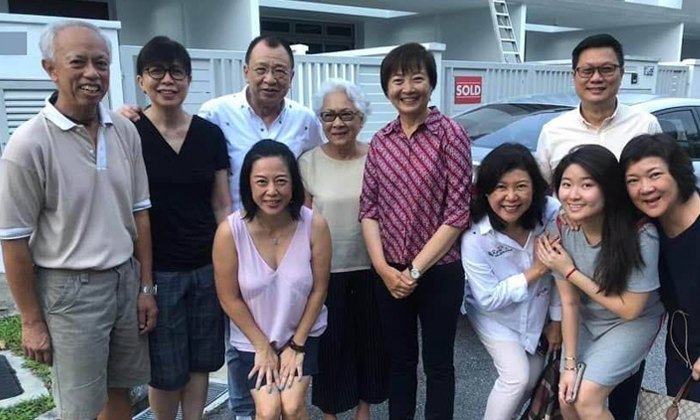 Hong Kong actor Benz Hui is no stranger to TVB fans -- but Yishun residents might actually get to see him in person around the neighbourhood soon.

In a Facebook post on Oct 21, Nee Soon GRC MP Lee Bee Wah posted a group photo with the 69-year-old celebrity and said: "Guess which Hong Kong TVB star will be our resident soon??"

Guess which Hong Kong TVB star will be our resident soon??

Ms Lee told The Straits Times that she was near Hui's home when she met him and his family. The area is a private housing estate in Ms Lee's constituency.

"We are glad to have them in Singapore and in Yishun," she added.

Netizens expressed their excitement at Yishun's latest addition, though some immediately thought of Hui's television roles as a villain.

Hui, who has homes in Hong Kong and Singapore, previously told Shin Min Daily News that his family frequently flies between both cities.

He also said that he liked the local environment and found it to be a good place to retire in.

The veteran actor reportedly met his wife in Singapore while working here in the 1980s.

Related Stories
Lau Lup says he spotted celebrity on bus: Do you know who she is?
Stomper gets lucky sighting of Jay Chou at Founder Bak Kut Teh in Balestier
Local celeb couple Priscelia Chan and Alan Tern spotted in Tampines
More About:
celebrity
entertainment
Hong Kong
Yishun