Man who went missing with toddler son after argument found by police, but has yet to return home 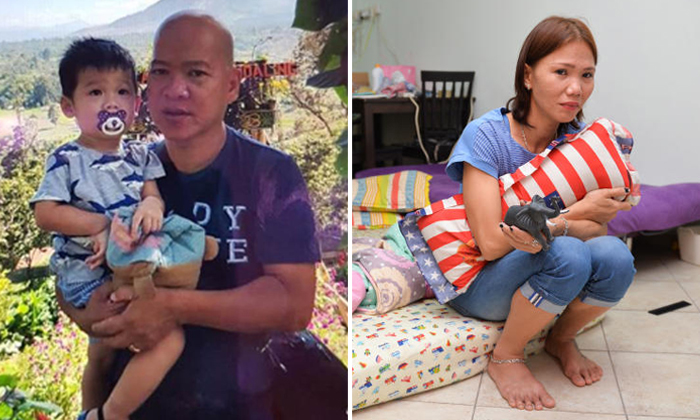 The father and son pair who went missing two weeks ago has been found, The New Paper understands.

On Wednesday last week, the police had released an appeal for information on the whereabouts of Mr Chew Poh Soon, 55, and three-year-old Darrell. The pair was last seen at Block 123 Toa Payoh Lorong 1, on July 2, at about 2pm.

When TNP went down to their flat yesterday, Mr Chew's wife, who goes by only the name Susanna, said a police officer had informed her on Saturday that they had been found.

She said they had not returned home and she is unaware of their whereabouts or where they have been since they went missing.

Ms Susanna, 34, said her husband took Darrell and left their flat after an argument on July 2 afternoon.

"He has not contacted me at all. I just want to see my son," she told TNP.

Ms Susanna, an online retailer, moved to Singapore from Indonesia more than 10 years ago and met Mr Chew in 2012. The couple married in 2014 and moved into their fifth-storey flat at the Toa Payoh block that same year.

It was a second marriage for both herself and Mr Chew, she said. Ms Susanna has a 13-year-old child from her previous marriage who is living with her aunt in Indonesia.

According to her, Mr Chew has been working as a courier delivery man since December last year, but he was previously unemployed since 2015.

Ms Susanna said she has been feeling down for the past two weeks. She added: "I hug my son's pillow to sleep every night. When I go to work, I can't feel anything."

Related Stories
Missing 18-year-old girl returns home after 7 days, had left note: 'I'm not a good child'
Mum's 17-hour ordeal in search for missing sons: 'If anything happened to them, I would die'
FOUND: Woman urgently looking for husband who has been missing for 6 days
More About:
missing
missing person
family
heartbreaking