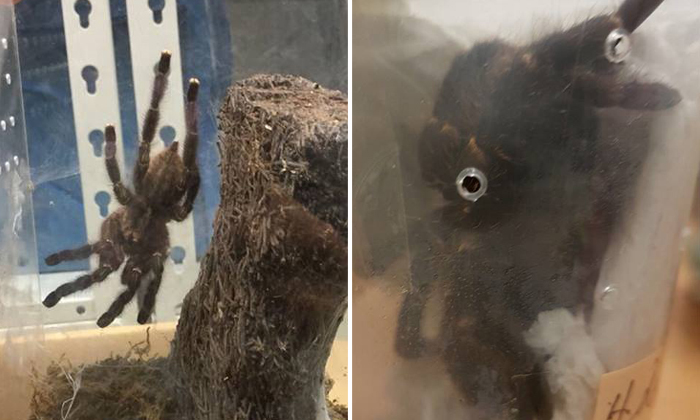 A man was fined $12,800 on Wednesday (Aug 1) for illegally importing and keeping tarantulas in his home.

Tam Jiaming, 34, was going through checks by the Immigration & Checkpoints Authority (ICA) in a Singapore-registered car on Jan 4 this year.

When questioned by an ICA officer, Tam said he had nothing to declare.

However, an inspection uncovered six live tarantulas, kept individually in containers, in a sling bag that was placed on the rear passenger seat.

The case was referred to the Agri-Food & Veterinary Authority (AVA) for investigations.

Follow-up checks at Tam’s residence saw an additional 92 tarantulas being seized, said the AVA in a Facebook post titled "Can't get past our spidey sense".

The tarantulas, which are not approved to be kept as pets here, have been placed under the care of Wildlife Reserves Singapore.