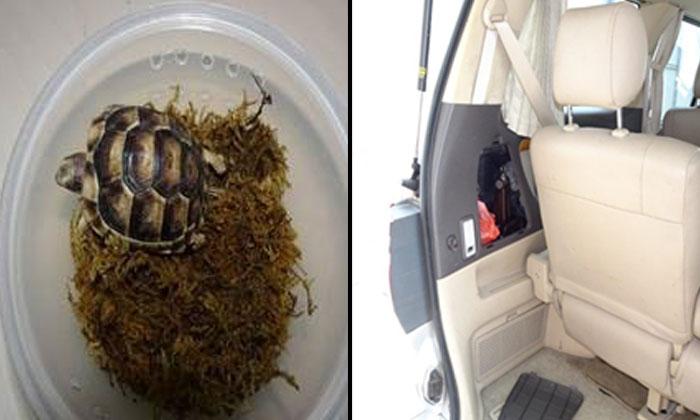 A 40-year-old man was fined $3,500 in court on June 20 for illegally importing a Greek tortoise into Singapore.

The live Greek tortoise was found in a plastic container that was concealed in the rear left compartment of a Singapore-registered vehicle at Woodlands Checkpoint, the Agri-Food & Veterinary Authority of Singapore (AVA) and the Immigration & Checkpoints Authority (ICA) said in a joint statement on Wednesday (June 20).

AVA's investigations revealed that the man, Ong Yi Chao, did not have a valid permit to import the tortoise.

The animal is a protected species under the Convention of International Trade in Endangered Species of Wild Fauna and Flora (CITES).

The seized tortoise is currently being cared for by Wildlife Reserves Singapore.

"The ICA and AVA would like to remind travellers against bringing live animals, birds and insects into Singapore without a proper permit," they said.

Offenders can be fined up to S$50,000 per species and/or jailed up to two years.