Man unable to pee after having 3 beers, and other weird 995 calls received by SCDF 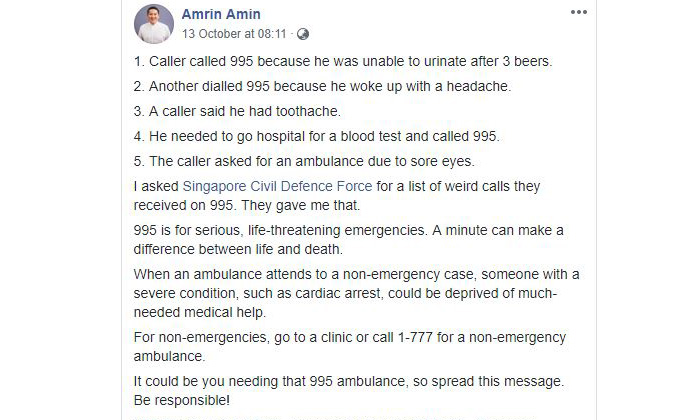 Senior Parliamentary Secretary for Health and Home Affairs, Mr Amrin Amin, shared a list of weird 995 calls received by the Singapore Civil Defence Force (SCDF) in a Facebook post on Oct 13, in a bid to urge members of the public to be more responsible when calling the hotline. 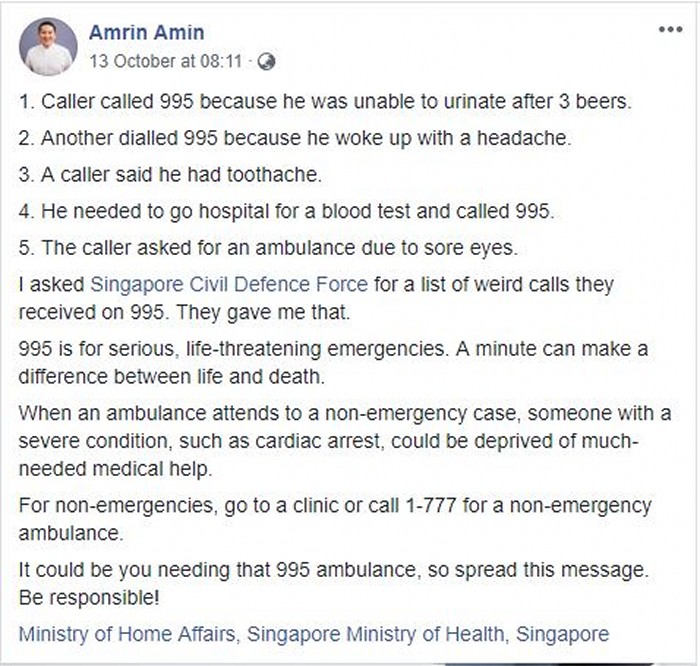 "I asked SCDF for a list of weird calls they received on 995," said Mr Amrin.

"They gave me that.

"When an ambulance attends to a non-emergency case, someone with a severe condition, such as cardiac arrest, could be deprived of much-needed medical help.

"995 is for serious, life-threatening emergencies.

"A minute can make a difference between life and death."

"For non-emergencies, go to a clinic or contact 1-777 for a non-emergency ambulance," he added.

He advised members of the public to be responsible when calling 995: "It could be you needing that 995 ambulance, so spread this message.

Other Facebook users also shared more examples of weird calls from their own personal experiences.