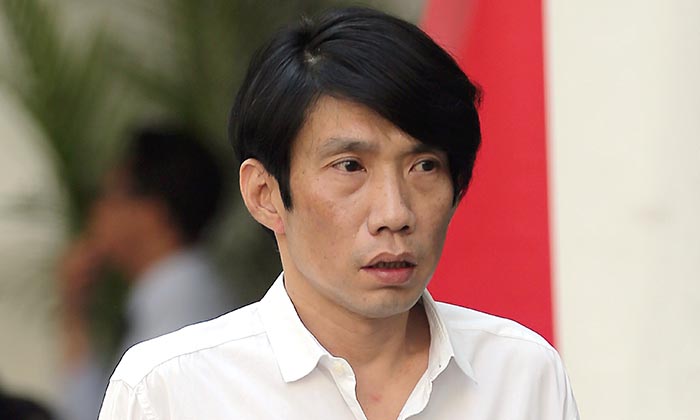 A man caused the unnecessary death of his pet poodle after he hit its head against a bathtub, put it in ice water and then dumped the dog into a river, a court heard yesterday.

Yeo Wee Soon, who pleaded guilty to the charge, bought the poodle named To-Bi online about a week before the abuse occurred.

On Feb 6 last year, Yeo, 41, was washing To-Bi, whose fur was smeared with faeces.

The dog struggled and Yeo "tapped" it twice to discipline it, said National Parks Board prosecutor Packer Mohammad.

When the dog responded by biting Yeo's finger, he "tapped" it harder the third time and it collapsed.

He tried to revive the dog by hitting its head against the bathtub twice. He then put To-Bi in ice water and showered it in cold water, added Mr Packer. The dog became motionless.

Yeo put To-Bi in a pail and dropped it into the river along Delta Avenue, the court heard.

"The action was unreasonable and led to the unnecessary death of the dog," Mr Packer added.

Action was taken against Yeo after his parents heard To-Bi wailing and saw their son taking a pail out of the house and returning without it. When they could not find To-Bi, they suspected something was amiss and called the police.

Yeo is expected to be sentenced on Sept 17.

Causing a dog unnecessary pain or suffering can bring fines of up to $15,000 or jail of up to 18 months, or both.