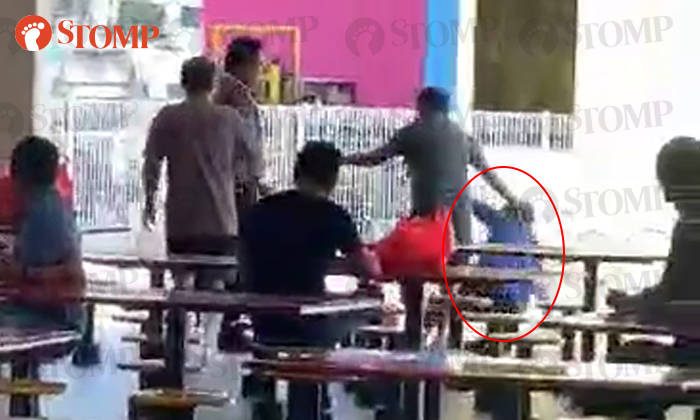 A 44-year-old man who allegedly threw his plate of food at a cleaner and then pushed her will be charged in court on Wednesday (Aug 5).

He will be charged for the offences of using criminal force and voluntarily causing hurt committed against the cleaner, said the police on Tuesday.

Stomper Andy had witnessed the incident that occurred at Quality Road Food Centre on February 5 this year and sent a video to Stomp.

According to Andy, the man had thrown his rice at the cleaner as well as "pushed and kicked the auntie and caused her to fall onto the ground".

In their statement on Tuesday, the police, who were alerted to a case of dispute at 45 Quality Road, said: "During the dispute, the man had allegedly thrown his plate of food at the cleaner.

"In the ensuing altercation, the man allegedly pushed the cleaner and caused her to fall."

If found guilty of using criminal force, the man faces a jail term of up to three months and/or a fine of up to $1,500.

If found guilty of voluntary causing hurt, he faces a jail term of up to three years and/or a fine of up to $5,000.

"The police have zero tolerance towards such acts of violence, and will not hesitate to take action against those who blatantly disregard the law," added the statement.