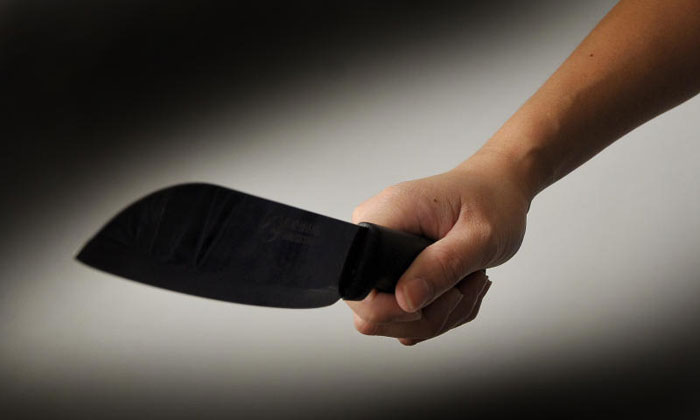 Upset that he was asked to wear his mask properly while boarding an SBS bus, Gan Wee Yeow whipped out a knife and threatened the bus driver, not the first time the 50-year-old brandished weapons in public.

On Wednesday (March 24), Gan pleaded guilty to six charges - three for criminal intimidation and one each for voluntarily causing hurt, possessing offensive weapons without lawful purpose or authority, and mischief.

District Judge Janet Wang will take into consideration seven other charges when sentencing him at a later date.

Two are for possessing offensive weapons unlawfully and another two are for dishonest misappropriation of property. The remaining charges comprise one count each of using criminal force, mischief and failing to wear a mask at all times while outside his ordinary place of residence.

On July 27, he got into a dispute with a Gojek driver in East Coast Road when he could not pay the full fare for the ride.

He threatened the driver with a hammer he was carrying and used it to damage the car's centre console.

Three days later, Gan threatened a Certis officer with a hammer at the alighting berth of Woodlands Temporary Bus Interchange.

The officer, who spotted Gan standing at the berth with a few items scattered on the floor in front of him, had told him he was not allowed to wait in the area.

The court heard that Gan reacted aggressively and started shouting at the officer. He later approached him with the hammer held high and kicked him in the thigh.

The incident involving the bus driver happened about a month later on Aug 26.

The bus driver noticed that he was talking on the phone with his mask pulled down, and told him to wear it in the correct manner.

Gan, who was boarding the bus, responded by hurling vulgarities at the driver.

He then threatened the driver with a knife.

The victim pressed the panic alarm button on the bus and returned to the bus interchange.

Gan was later arrested by police officers at Yishun MRT station. He was found with a knife and a penknife, which were seized.

But three days later, he threatened another individual with a knife at a coffee shop in Yishun.

The victim, who was working at the coffee shop then, had informed Gan that his drink - which he had bought earlier - was ready for collection.

"The accused perceived the victim to have rushed him and was offended as a result," said Deputy Public Prosecutor Eugene Teh.

Pleading for leniency on Wednesday, Gan said he was not taking medication for his bipolar condition at that time and asked for a probation sentence.

He said he would be unable to renew his licence as a security officer - which will expire in May - if he is jailed. The court heard that he had been working in that role since June 2016.

District Judge Wang called for a report assessing Gan's suitability for a mandatory treatment order (MTO). Offenders given an MTO will undergo treatment for their mental condition in lieu of jail time.

Gan's case is expected to be heard again on April 8.