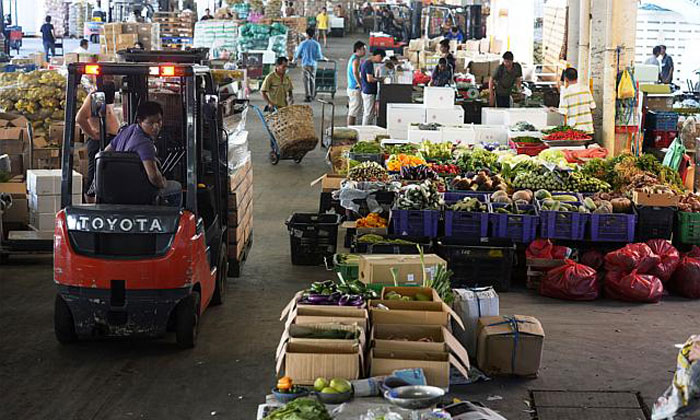 A 26-year-old man has been charged in court for assaulting a temperature screening officer at Pasir Panjang Wholesale Centre.

The man was supposedly not wearing a mask while speaking to the screening officer, who advised him to put on a mask before proceeding with the temperature screening.

The man purportedly refused to comply and swung open his vehicle door, which allegedly hit the screening officer's thigh.

The man then alighted from his vehicle and was involved in a dispute with the screening office, during which he allegedly pushed the officer twice and punched him once.

The offence of using criminal force carries a jail term of up to three months, a fine of up to $1,500, or both.

The offence of voluntarily causing hurt carries a jail term of up to three years, a fine of up to $5,000, or both.

The police said they take a stern view of abuse towards personnel deployed for COVID-19 related duties, including temperature screening officers.

Offenders will be dealt with in accordance to the law.

"Members of the public should cooperate and comply with the instructions from such personnel, who are performing an important duty to keep us and our community safe," the police said.