Man shocked by $11 cai png with mackerel, stall owner says it's not expensive 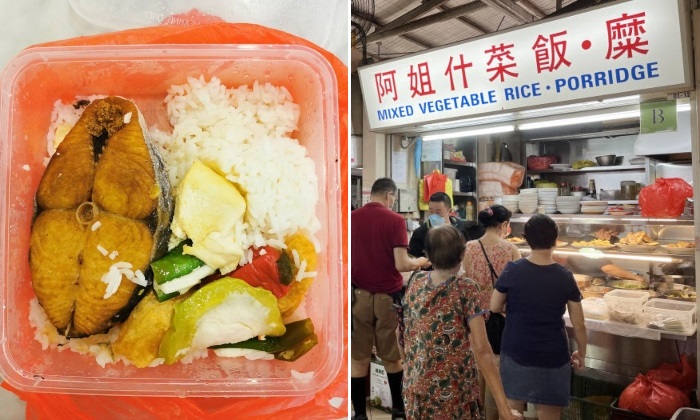 A man who works downtown thought he could save a few bucks by buying lunch at a neighbourhood hawker centre to take away, but instead ended up paying more than he expected.

Sharing a photo of a pack of rice with fried batang mackerel and yong tau foo on Reddit, Dagachi_One said: "I paid $11 for lunch this morning. I bought this from a neighbourhood market. I know fish is expensive but come on is this too much. Inflation or robbery?"

It was posted in the SingaporeRaw subreddit on Wednesday (June 15) with the label "Shocking".

In the comments, he said he bought the food at Mayflower Market And Food Centre, which is at Block 162 Ang Mo Kio Avenue 4.

Even though Dagachi_One said he knew fish was expensive, many netizens pointed it out anyway.

One Redditor advised: "Don't even order fish from cai png (vegetable rice) stall. It's gonna be expensive and likely to not taste good. The only acceptable fish option from cai png is those fried lemon fish type of dish. Even those you probably only get three measly pieces with more flour than fish."

A few commenters called it a scam.

A few others felt the price may be justified

Asked why he bought the food in the first place, Dagachi_One explained: "I work downtown where the food prices are exorbitant. Cheaper to tar pao (take away) food. I got rekt (wrecked) this time."

Someone suggested: "Boycott the stall now."

His $11 cai png post went so viral that even the 64-year-old owner of the food stall knew about it. 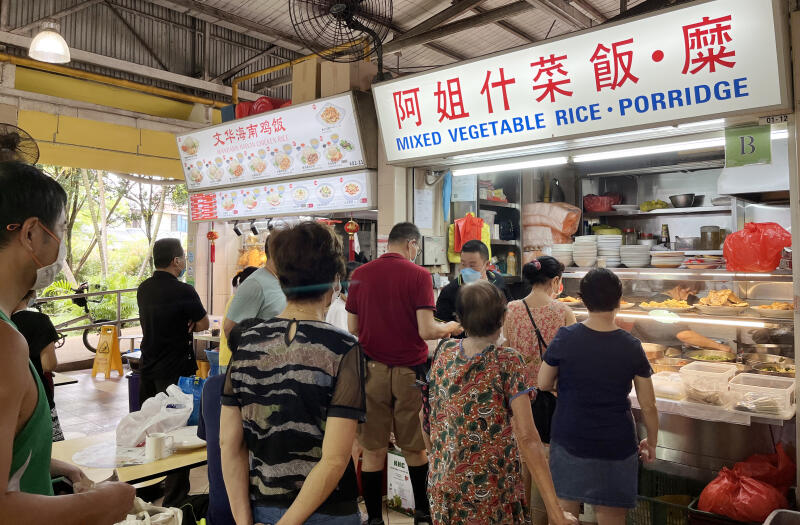 Madam Cai, who has run the stall for 12 years with her husband, told Shin Min Daily News that Dagachi_One was not a regular customer and probably did not understand the pricing at her stall, especially the mackerel, which was costly and had recently gone up in price.

She said: "Mackerel has different grades. I use the good one and they are thickly sliced, not the thin slices of other stalls. A piece of mackerel costs $7 or $8. I sold it to him for only $9, not counting the extra rice and takeaway container. How is that expensive?"

She added that when Dagachi_One ordered the fish, she even told him that it would be more expensive and asked him if he was sure about buying it.

Clearly, he bought it anyway.

Here's how much you can get the same fish for at a FairPrice supermarket outlet, as spotted by Stomp on Sunday (June 19). 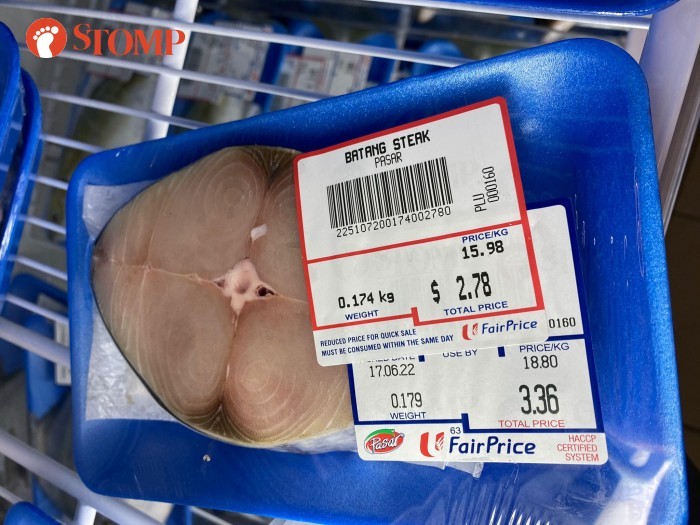 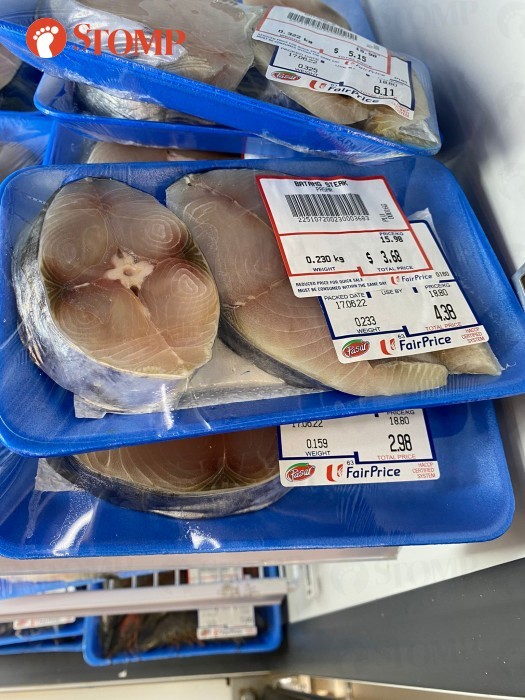 Of course, this is before factoring in labour costs and utilities.

Related Stories
Is $8.70 too much to pay for this plate of rice with 1 meat and 2 veggies in mall food court?
Netizens shocked by how much hot coffee and milo cost at Changi Airport restaurant
Man outraged at paying $6.30 for bee hoon with egg and sausage
More About:
expensive food
expensive
food
Ang Mo Kio
hawker centre