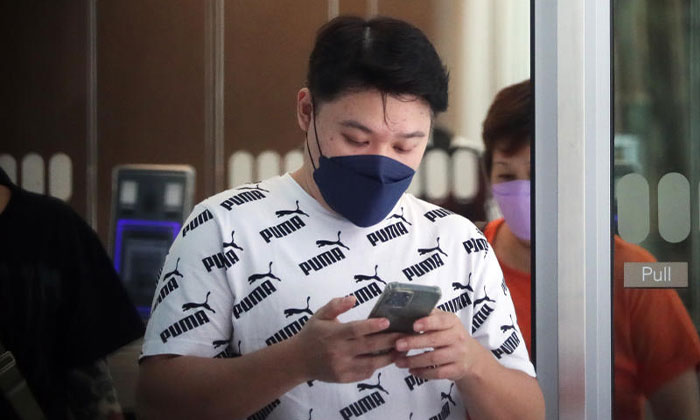 Some of the materials were then downloaded onto his mobile phone.

Malvin Tan Jian Hong, 35, was on Thursday (April 14) sentenced to four weeks' jail after he admitted to being in possession of three such videos.

The court heard that he joined the Telegram channels in December 2019.

Deputy Public Prosecutor Sarah Siaw said: "In the course of surfing these channels, the accused gained access to child abuse material, some of which was downloaded into his phone.

"The accused also attempted to forward one such video to a friend, which depicted a man having sex with a girl who appeared to be about seven to eight years old, but his friend was not able to view the video over Facebook messenger."

Court documents do not disclose what happened next, but police arrested Tan at a Marine Terrace carpark around 11.40pm on July 29, 2020.

Officers then seized items including his mobile phone.

The DPP said the authorities found 422 files of obscene videos.

Three of them were sexually explicit, showing children well below 16 years old.

For being in possession of child abuse materials, an offender can be jailed for up to five years and fined or caned.