S'pore blogger Amos Yee sentenced to six years in jail in US for child pornography, grooming 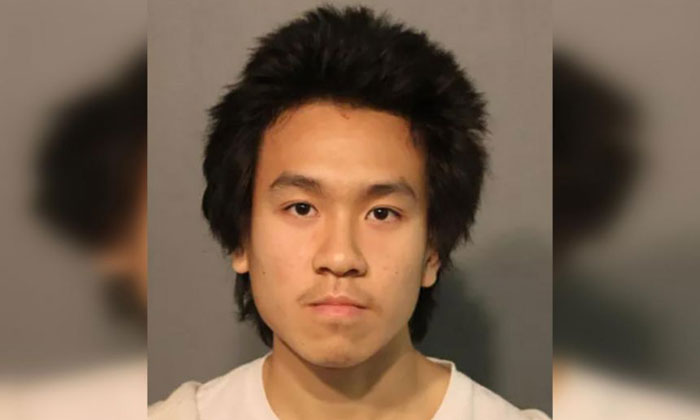 Singaporean blogger Amos Yee was sentenced by a US court on Thursday (Dec 2) to six years in jail, after he pleaded guilty to two charges of child pornography and grooming.

Yee, 23, was also ordered by the Chicago court not to contact the victim, who was then 14 years old, for two years after his release from jail.

Yee had also faced 16 other child pornography-related charges, which were dismissed as part of a plea deal he accepted.

According to the first charge of child pornography, Yee solicited, persuaded and induced the victim to appear on video and other mediums and pose, which involved lewd behaviour, between February and July 2019.

The charge, a class one felony and second-most serious type of offence under Illinois criminal law, carried a prison sentence of at least four years and up to 15 years.

According to the second charge of grooming, Yee knowingly used WhatsApp to seduce, solicit and lure the victim to pose for photographs, which he distributed on WhatsApp, over the same period.

That charge had a minimum jail term of one year and maximum of three years.

Yee, who appeared in court via video link, was advised by Judge Carol Howard that pleading guilty to the charges meant he can be deported, denied admission to the US, or denied naturalisation as a US citizen in the future.

The convictions could also affect his ability to obtain housing, employment, and other licences including a driver's licence, she added.

Yee, who wore a surgical face mask and orange prison jumpsuit, replied that he understood.

Yee, who spent most of the hearing replying to questions with yes or no answers, declined to speak when the judge asked if he had anything to say before she imposed his sentence.

The judge, as well as his public defender, both wished him luck at the end of the hearing, which lasted about 20 minutes.

Yee was 20 at the time of his offences, and living in Cook County, Chicago.

He said Yee repeatedly requested that the victim provide him with photos showing naked parts of her body  as well as engaged in role play and sexual fantasies.

“On several occasions, this offender did, in fact, request that (she)  engage in those roleplay and sexual fantasies by saying, ‘Show me your naked body...' as well as several questions of that nature,” he added.

Mr Taylor said that the evidence showed that Yee had been told by the victim that she was 14 at the time of the offence.

During a hearing in October last year, a previous prosecutor said that Yee and the victim eventually broke up, and that he began harassing her after she repeatedly requested that he leave her alone.

Yee can appeal, but must file a motion within 30 days to withdraw his guilty plea before he can do so.

He was previously jailed twice in Singapore for harassment and insulting a religious group in 2015, and for similar charges in 2016.